The good, the bad and the powerful

"Power corrupts, and absolute power corrupts absolutely." Lord Acton's words have been quoted widely since he wrote them in the 1880s.

Niro Sivanathan
Organisational behaviour
Save to my profile

"Power corrupts, and absolute power corrupts absolutely." Lord Acton's words have been quoted widely since he wrote them in the 1880s. Niro Sivanathan was part of a research team that tested whether power, indeed, can go to one's head. 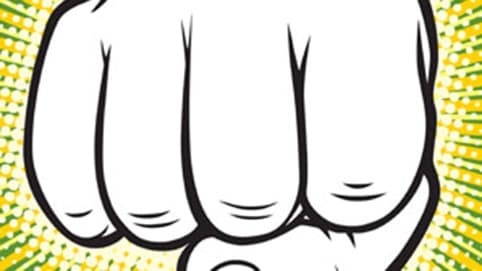 Very few individuals read Lewis Carroll's Alice in Wonderland as a study in organizational power and control. Yet, this excerpt resonates with some recent studies that I conducted along with colleagues from Stanford Graduate School of Business and the Kellogg School of Management.

As a background, in a 2008 article in Organizational Behaviour and Human Decision Processes, Madan Pillutla (London Business School), Keith Murnighan (Kellogg School of Management) and I were intrigued by how individuals psychologically adjust to shifts in power bases that accompany changes in the workplace, an inexorable element of contemporary organizational life. Our findings consistently revealed that individuals overreacted to gains in power - forcefully exercising greater power than that afforded in their new role.

As a follow-up, Nathanael Fast, Deborah Gruenfeld (Stanford Graduate School of Business), Adam Galinsky (Kellogg School of Management) and I tested more explicitly if individuals can, indeed, become drunk on power. The context for these studies is detailed in a 2009 article in Psychological Science (www.psychologicalscience.org); let me highlight a few of the studies:

Experiments were done in the US involving 190 individuals - 68 undergraduate students and 122 adults. The experiments placed participants in a context of either thinking about a time when he or she had power over others, or having a higher level of power in the context of the experiment. Others found themselves in the opposite position: thinking about times someone had power over them, or actually having less power as a participant in the experiment.

In one experiment, when offered the chance to earn a bonus for correctly predicting the outcome of a die roll, each and every participant in the highpower condition decided to roll the die themselves. In contrast, approximately two-thirds or fewer of the participants in the low-power and baseline conditions chose to roll the die themselves. By rolling the die themselves, the powerful participants believed they could somehow influence the outcome of this random event. In another experiment, individuals from the group that wrote about an event in which they had a sense of power believed at the time of our experiment that their vote could influence the outcome of a national election; 70 per cent  felt that way versus only 42 per cent from the baseline group.

Finally, in an experiment involving a simulated negotiation between an employer and a job applicant, participants who were assigned to a high-power position believed that their upcoming negotiations would not only succeed, but would also result in favourable terms for themselves relative to baseline participants. These studies revealed that the experience of power can lead to an illusion of control. When one thinks she has power, it can lead her to think that she can control outcomes that are, in fact, beyond her span of control.