Richard Emerton explains how the new “triple context” of economy, environment and society will have profound implications ...

Richard Emerton
Organisational behaviour
Save to my profile

Richard Emerton explains how the new “triple context” of economy, environment and society will have profound implications for human resource practices. He suggests that viewing talent as abundant is the right perspective for a manager. 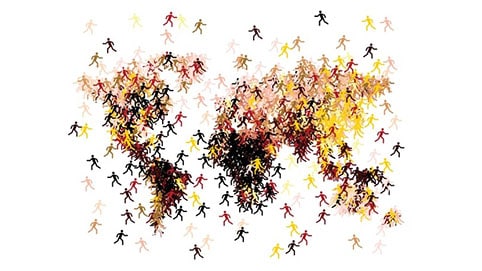 There is a human capital time bomb ticking in the West. In 2008, for every person who entered the US workforce, two left.

Throughout Europe, the birth rate is falling (down by one-third in the last 40 years) and populations are ageing (over-50s nearly doubling over the same period). This is a familiar concern in the context of the strain on national health care resources and pensions deficits, but there is another consideration for companies hoping to compete at a global level: successful companies are growing companies, but the number of potential recruits in the West is shrinking at an alarming rate. Ten years from now, the way that major corporations currently recruit won’t be relevant any more.

A study by KPMG International in September 2008 predicted that “a demographic fault line lies at the end of this decade, which will have a negative impact on the supply of labour and talent in the developed world”. The study found that the retirement of the Baby Boomer generation (born 1946–1961) from the workforce – and a lack of Generation Y workers (born 1976–1991) to replace them – has already resulted in the contraction of the labour pool in the UK, US, China, Japan, Australia, Canada and much of Western Europe, with other nations expected to follow.

Talent pipelines can’t be filled overnight. Competition for people of working age in the West will become fierce. Companies will need to radically rethink their existing notions of talent. They will have to rethink the core definition of talent, shifting from the view that talent is scarce to one that regards talent as abundant. Talent management processes must shift from filtering out (focusing on the 0.4 per cent of the workforce that may potentially sit on the executive committee) to new approaches that seek to find talent broadly and filter it in. In a world in which the employment balance of power will swing away from those with jobs to offer – to those with skills that are in demand – companies must start to think differently. First up, companies must redefine “talent”.


With our mandate to advise on leadership risk, we at Heidrick & Struggles helped the think tank, Tomorrow’s Company, shape the “Tomorrow’s Global Talent” report as the conversation starter in a wider global enquiry that is currently under way. It poses the question, “How will companies create value through people?” What follows is taken from that report.

Consider, for a moment, the impact of the following information: There is growing evidence that companies that prioritize environmental and social factors perform better financially than those who do not. For example, the Dow Jones Sustainability Index (DJSI) 2008 report states that there is a “positive strategically significant correlation between corporate sustainability and financial performance”, citing a number of its indices that have outperformed their comparative benchmarks in relation to total returns since the launch of those indices.

Other aspects of the economic system, globalization and technology, continue to change the rules every day. As well as extending operations in the developing world, Western businesses are being taken over by companies from the large emerging economies (such as India, China, Russia, Brazil). Moreover, major stakes in Western firms are now held by sovereign wealth funds from oil-rich states.

IBM expects to more than double its Indian operations by 2010, adding more than 50,000 employees, while Infosys Technology, an Indian outsourcing and consulting firm, wants to hire 6,000 Chinese employees over the next five years. Cisco Systems plans to move 20 per cent of its leaders to India by 2010. LG.Philips LCD invested $1.1 billion in Poland and filled 12,000 jobs there.

One must conclude that we live in an “open source” society, creating a new model for how people interrelate across geographies and organizational and economic boundaries, in which creativity, speed of response and energy drive radically improved cycle times and reinvented cost bases. Many people will thrive in this environment – but others won’t. The “wiki world” is changing the context in which commercial entities operate in ways they can no longer control. Building a sustainable company in the face of the challenges posed by the triple context of economy, environment and society will place new demands on companies and their people. Only by thinking differently and more widely about what “talent” means will companies be able to discover the talent that they need. Managers must forget the cliché that talent is rare. I see “talent” as abundant, not scarce. Talent is not a unique ability that few possess; instead, it’s a diverse, multifaceted resource that abounds in every workplace.