I spent much of the last ten years exploring the world. I started off doing HIV awareness work, did a lot of public health work...

Stuart Crainer
Strategy and entrepreneurship
Save to my profile
I spent much of the last ten years exploring the world. I started off doing HIV awareness work, did a lot of public health work, turned to journalism, became a photographer for the US Olympic rowing team and then came to London to start a business. 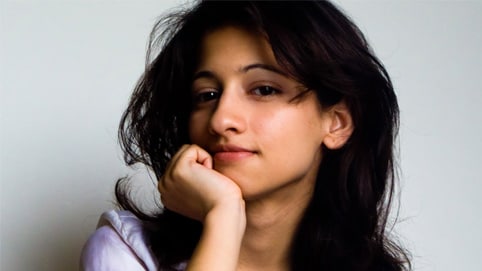 No matter where I went in the world I always noticed there’s amazing people doing remarkable things. I was in India for a year working in the red light districts and trying to do HIV awareness. And as much as it’s very poor, it was actually phenomenally inspiring.

So there’s just a lot of positive stories, even in negative circumstances, and I think there’s a lot of focus on problems in the world and not always on the people creating solutions. Our vision is to share the amazing and positive stories of the world.

We launched in February. It involved a lot of testing with customers to see what they get excited about and what drives them. And having done that, we have a clear idea of where we want to go, but we need some time, and for that we’ll need angel seed investment.

That will get us another year. We’re probably on Plan F or G right now! The business is evolving so much that every month you realise, we’ve learned something new. You come in with an idea but then once you put it in front of people things always change.

What I’ve learned is the importance of keeping people really excited and passionate, always having a big vision because otherwise what you have is just a website. You have to always have a vision and a goal that you can get really passionate about so that when things aren’t going well there's actually something much bigger that you're working on.

Shivani has an MBA from London Business School.