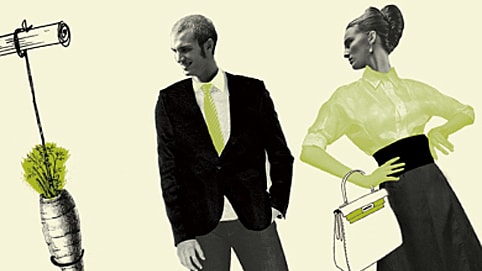 The issue of how organisational realities affect the way people in corporations respond to the need to innovate and take risks has long been questioned, but until now it has not been the subject of detailed analysis. Fortunately, the differences between the reward structures for independent venture capitalists and corporate venture capitalists presented by Gary Dushnitsky and Zur Shapira offer the opportunity to analyse the effects of the type of compensation corporate personnel receive on their investment decisions.

Dushnitsky and Shapira point out that a typical independent venture capital fund raises money from pension funds, universities and wealthy individuals, and then invests those funds on behalf of those investors. The venture capitalists’ compensation scheme usually consists of an annual two per cent of the total assets under management plus 20 per cent of profits. Corporate venture capitalists, in contrast, invest their parent company’s money and often receive just a salary and, perhaps, an annual bonus.

The reason for these differences is the tendency of corporate venture capitalists to shy away from risk by not investing in seed and early stage start-ups, entrepreneurial ventures that really amount to little more than a promising business plan, even though that can mean acquiring a lot of stock at a low price. Instead, they tend to invest in more mature, and thus potentially less-risky, (and hence) less-rewarding ventures. In contrast, independent venture capitalists tend to welcome the opportunity to jump in early, even though it may result in a lot of failed investments. Another difference is that corporate venture capitalists are more prone to invest as part of larger groups, or syndicates, than are independent venture capitalists.

The decision to reward their corporate venture capitalists on the basis of success has to do with organisational realities, such as the difficulty to establish and agree on performance metrics, and the administrative problems such a reward scheme presents as individuals transition in and out of the corporate VC unit. Perhaps most important to the organisation, is the inclination to maintain pay equality in order to avoid resentment by employees in other business units. After all, gaining the strategic benefits of corporate venture capitalists’ investments requires those responsible for investment decisions to be in close touch with other people in the firm, especially the R&D and business unit people.

The authors conclude that when deciding on corporate venture capitalists’ compensation structure, one should balance two contrasting effects. Awarding high-powered incentives to a handful of employees may run contrary to corporate culture, yet failure to incentivise success may distract the corporate VC unit from fulfilling its full potential.

This article was taken from Business Strategy Review, insights for global business. To read the research article in full please email innovation@london.edu or visit http://bsr.london.edu