The art of business

Business problems benefit from an artistic as well as a scientific perspective, says Rupert Merson

Rupert Merson
Save to my profile

Business problems benefit from an artistic as well as a scientific perspective, says Rupert Merson 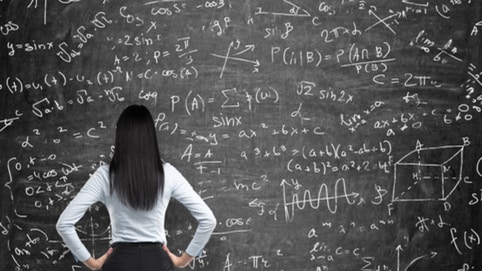 The science of economics has had a hard time lately. Paul Romer, chief economist at the World Bank, recently suggested it is a conceit to call modern economics an evidence-based science. In his 2016 lecture and paper “The Trouble with Macroeconomics”, he claimed economic modelling has succumbed to “mathiness”, an obsession with laws and equations that bear little relation to the real world and ignore both lessons from other disciplines and  the unpredictable nature of human behaviour.

In my Executive Education sessions I argue that what is true of economics is also true of much of what we call “management science”. I attempt to see a selection of business challenges from the perspective of great thinkers from other spheres of human endeavour, in particular music and literature.  It’s fun, but I’m convinced there’s something serious and important here.

When a respected member of faculty, a good friend of mine, introduced his defence of a point of view with the comment, ‘Well, as a school of social science…’ I instinctively found myself asking questions about our own perspectives. A school of what? What is a social science? What assumptions do we make about our fields of enquiry by presuming that they can all be gathered under the label of social science?  Do we run the risk of limiting ourselves by thinking of ourselves as scientists in the first place?


Most business solutions are cross-disciplinary

I acknowledge that my concerns must necessarily have been refracted and focused through the prism of my own personal experience. As with many adjunct members of the faculty my own route to the front of the classroom has been eccentric, taking me from a serious interest in music to reading English literature at University, then into human resources management after qualifying as a chartered accountant, before working in consulting.

I find it difficult to accept that the various elements of my career path need to be kept in separate boxes.  As both an ex-accountant who once led an HR function that included senior staff who seemed proud of their inability to distinguish a 2 from a 5, and an ex-HR Director who worked on consulting assignments with accountants who boasted of their inability to work with people, it has long struck me that our enthusiasm for specialising has threatened our capabilities as managers.

The solutions to most business problems lie over the fault lines between disciplines rather than within the boundaries defined by the disciplines themselves. And when I’m told to accept that the study of business is the study of a social science I feel instinctively that I’m being asked to leave too much of my own mental kit bag outside the classroom. “Art is the Tree of Life: Science the Tree of Death,” wrote William Blake on his last engraving. I wouldn’t go quite this far but I do find the musician and poet in me rebelling.

Social or management science has a laudable quest for knowledge and understanding at its heart. But increasingly the scientific has been restricted to the types of enquiry that can generate measurable, statistically verifiable results. As managers we catch ourselves agreeing,  ‘If you can’t measure it, you can’t manage it.’ In academia we are in danger of reinforcing this with the nostrum ‘If you can’t measure it, don’t bother studying it.’

In so doing are we increasingly encouraging ourselves to manage and study only the easily measurable? Are we not reducing ourselves to the type of ‘mathiness’  that Romer decries? In so doing, do we run the risk of ignoring whole spheres of human activity which are difficult to measure, value, or otherwise compare, contrast or generalise about? Perhaps the very notion of ‘social science’, or ‘management science’, has become an oxymoron.

In an attempt to redress the balance in The Art of Business, we start by considering what great artists have had to say about the worlds of business, management and academia. To be sure, positive insight is hard to find: it seems that artists are as keen to isolate themselves from the world of business as business thinkers are to dismiss any perspective brought from the arts.

We consider the contempt that novelist Scott Fitzgerald (The Great Gatsby) shows for the world of advertising from which he came, as well as the more equivocal view of the City of London presented by poet TS Eliot (The Waste Land), writing while employed by Lloyds Bank. We also enjoy the irony with which business and trade is treated by novelist Jane Austen in Emma, Pride and Prejudice and Mansfield Park.

Artists and writers don’t necessarily have much that’s positive to say about academia either – Jonathan Swift’s excoriating but hilarious visit to the Academy of Lagado in Gulliver’s Travels is a glorious case in point. But as Polonius puts it in Hamlet we can by indirections find directions out. From perspectives as different as these we can begin to draw some interesting insights about our own attitudes to business and those who study it, as well as to those we manage and our own careers.

Scientists seek to understand the particular by reaching general truths and then applying them in the real world using analytical models and frameworks. Artists have alternative but no less insightful ways of generalising from the particular. In my sessions we consider how Porter’s 5 Forces and Brandenburger and Nalebuff’s application of game theory to strategy both succeed and fail in the tasks they set themselves, and we compare these approaches to understanding complex realities with the way writers use literary tropes such as metaphor.

We also consider complexity and communication using musical scores: what is both captured and lost when we compare a live performance with the full score of Thomas Tallis’s 40 part motet Spem in Alium, or with a stereo recording of the same? And we use the scores of JS Bach’s Art of Fugue and D minor Chaconne for solo violin alongside the text of Hamlet to consider how artists have reconciled the personal with the public, the particular with the general.

We have also used Shakespeare to consider the relationships between leaders and led, decision takers and those on behalf of whom decisions are taken – in an attempt to build up a richer, more colourful, less statistically verifiable but no less insightful understanding of how people might work better together.

It is perhaps no coincidence that my own work in the MBA classroom and my professional work with clients both take me to situations and sets of circumstance where the measurable and rational elements of the scientific are likely to be tested beyond the extreme.

My work with entrepreneurs and start-ups  demands exploring questions that others haven’t asked yet, let alone answered. My work with owner-managers and family businesses takes me to boardrooms where blood is thicker than mineral water and reason less influential than emotion. My work on corporate turnaround focuses attention on managers and owners required to act in extremis – management on speed. Perhaps it is unsurprising that I find it necessary to reach outside the usual frames of reference for insight.

I suggest that mainstream business situations could also benefit more from being viewed through an artistic lens. In so doing we should draw on imaginative and creative resources as well as analytical and rational resources. We should do this, for example, when we interpret financial statements – what are financial statements after all other than platforms for acts of story-telling?

We should also do the same when we use case studies in the classroom: the best case studies are short stories and should be used as such, not just as data sources. To get the best out of them we need to read between the lines, put flesh on the bones of the protagonists sketched in the document and imagine the detail that is not in the case in order to make sense of the story that is.  We should do the same with every business document.

In my Art of Business sessions I am not proposing we replace the scientific with the artistic. I’m not sure that such a notion means anything anyway. But I do argue that our approach to management and business is unnecessarily and unproductively constrained, and that both our studies and our decision-taking would benefit from being occasionally seen from a different perspective.

I am originally a Fine & Applied Artist by virtue of my academic career, with time I delved into Business marketing, Information Technology, Industry Technology as a freelance Researcher just to mention a few. The aim was to put in practice the cumulative ideas of bringing of these fields of study and spheres of human existence into an umbrella named International Business Technology. My website is there to explain more. @mastercomputeragency

i heard the same on your you tube video too. Putting theory to practice i am to join the Sloan's class next year(deffer ed 2017 admission) after having been a surgeon and a military man for three decades. I often wonder how managers put a figure to the intangible quality of gut feeling for they are the distillate of experience, environment and education. A lot of decisions are taken based on that, but managers are loathe to accept this elephant in the room, rather giving elaborate explanations evoking theory and management studies

I loved your article. I went to MIT to get a MBA in 2008. After that I got back to Brasil and to my family business. With the challenge of improving the business I started to look for a businesss model that could get the job done. I divided the world in two opposite models: first was the business as usual, very analytic and pragmatic model, a speciality from the private equity funds. Than that was the art model, a more creative and therefore riskier aproach. As much as I prefer the art model, I didn't think it was fair to the family since it was much riskier then the business one. So I tried to join and mix both models, getting the best from each one. It was 5 very exciting years testing the theory in practical cases along the whole company. We called this model businessarte, and this was my life in those years. I'd love to talk more about my experience and hear yours in this theme. Tks for the article!!

It's an insightful write up. I have always argued with my tutors in the academia, why is it that we have this ACRONYM, SMART, or SMARTER when it comes to business objectives. I concur with the above analysis. Why is it that business has been separated from the subtle phenomena which impacts upon it on the basis that it is immeasurable? How then do we adequately explain failure to achieve organisational goals? Is it enough to just comment on the adverse economic or operational environment without notching an interlink? Imaginative & creative resources should indeed be blended with scientific, rational & analytical resources in order to fully understand & appreciate the complex operational environment. Quite a revealing addition to the business knowledge base.