The Age of the Entrepreneur

London Business School Review
Strategy and entrepreneurship
Save to my profile

This is the age of the entrepreneur. But what is the reality like for those on the entrepreneurial frontline? A unique selection of entrepreneurs tell their stories. Below you can read about Dale Murray and Richard Downs. 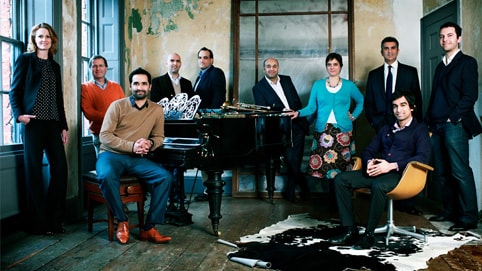 Richard Downs is founder and chief executive of the ski, cruise and family holiday company, Iglu.com. Richard graduated from London Business School in 1998.


Small is bountiful: I had the idea for Iglu back in 1998. We have been in existence for over a decade and have grown but we are still small and nimble in the way we think. By nature we are very anti-corporate. We are still nonbureaucratic and not meeting oriented even though we now have 120 people.

Have faith: For an entrepreneur, belief is seven-tenths of the job.

Additional funding: At the end of 2009 Matrix Private Equity Partners invested £4.3 million in Iglu.com. This bought them a 35 per cent stake. This enabled us to buy out two of the initial institutional investors and gave us a much clearer run into the future. Now we are entirely debt free.

Patience: It has taken much longer than I ever thought it would to reach this stage. But, in other ways we totally under-estimated where we would be in 2011. After all, when we started out there was no Google or Facebook. The world has changed. Now online commerce is bigger than the UK construction industry. Even the government now appreciates the importance of online commerce as a sector.

The glass?: Entrepreneurs are optimistic by nature. They want to change things. An education: My previous experience was all about finance. What I have learned is the importance of people. You have to get the right people and then keep them motivated. It can be highly destructive if you get it wrong. You really need a complementary combination of skills. It was one thing we took for granted early on in the businesses’ development.


Toddling: The other lesson I have learned is not to run before you can walk. We expanded into France and elsewhere without having the right people.

Growing up: Businesses and entrepreneurs grow up. Your working style and the balance of what you and the business do evolves. The first two or three years are totally full on. But that’s not sustainable. You can only ignore your friends and family for so long! You eventually need to get things in balance so you can recognise when you’re near the edge and then do something about it. I found that taking a holiday can allow other people to grow.

Recharging: You can also tap into energy from other people — whether they are non-executive directors or others. You need to reflect on what you have achieved and what needs to happen. You look for energy and enthusiasm wherever you can get it.

Growing into the future: When I encounter someone with a business plan, I realise how far we have come. There is a lot more for us to do. We started off in skiing; then we entered the cruise market and that is now bigger than our ski business. We took our knowledge and were able to apply it to this new sector. We are the largest ski retailer in the UK and the largest online retailer in cruises. There is still a lot more potential and opportunities in Europe to develop.

VCs: You have to remember that VCs are separate organisations with their own objectives. If their goals change you have to be aware of the implications. VCs aren’t all the same. You have to do your homework.

Making money: We became profitable in year four and have made a profit ever since, apart from one year. When you’re not making money you don’t have control and that’s when you are vulnerable.

Motivation: I always wanted to start my own company. I felt passionate about the technology, I was a keen skier and I wanted to change the industry. That desire for change is an especially important element in our story and for entrepreneurs more generally.


Dale Murray is an experienced entrepreneur in her own right. Dale Murray graduated from London Business School in 2000 and is now a business angel. She was founder of the mobile business Omega Logic and is a non-executive director of Cupcake Mum and Specle.


Shuffle board: I moved into finance very early on because I was good at maths and so you get shuffled into a career path you don’t really give too much thought to. Looking back I would like to say that I did it because financial skills underpin so much of modern business, but I don’t think I had that in my mind when I started out as an undergraduate at Price Waterhouse at the age of 17.

Starting points: I think it was just naked ambition which got me going along an entrepreneurial route! In my mid-twenties I’d progressed quite quickly through a more traditional career path in chartered accountancy and then moved from the professional to commercial world, becoming a financial controller and running my own team. I remember thinking I really have to build my own business one day. It’s a control freak thing to be honest and I do think this is more nature than nurture.

Profit and loss: One of the things I see with businesses is that they grow to the point where they have some revenue but they’re not at the point of profitability. That’s a very, very risky point in a business’s lifecycle.
That’s when control is necessary.

Entrepreneurs, at that point, often don’t fully understand their own businesses. They lose control of their costs, they lose control of product quality, they forget to keep an eye on the competitor or there’s some fatal flaw which ultimately deals a blow to them. Another point of potential business failure is where you have entrepreneurs who can’t let go.

Board talk: As a non-executive on a board, the biggest role is to act as a sounding board, coach or mentor whatever you want to call it. Typically, I come in once a month for board meetings and a couple of times during the month to speak to the founder to help build the business and spot the risks. Having been through it myself, being the founder or the entrepreneur myself and in other businesses being the non-executive director, I see that regardless of sector all businesses go through the same broad things.

Obviously you do get challenges that pertain to particular industries but typically the market moves around you and you have to respond to that. You run out of cash, a key staff member goes AWOL, these management problems crop up again and again in business. My role is really to help the CEO, guide them, making sure they’re on the path towards the business objectives but also try and lift their head a little bit above the day-to-day and look at these more strategic issues.

Green fingers: Money is a motivation.

People say, I put five years of my life into this and I really want to be able to get to a certain figure. All entrepreneurs seem to have a figure in their mind. It might be £1 million or £5 million but it is a figure which would make it all worthwhile for them.

Many rivers to cross: If you have a good idea and you have customers that say it’s a good idea then okay your business model might not be quite right or maybe the staff that you’ve got aren’t the best or the technology needs tweaking, but you just keep reshaping and remodelling things until you get it right. Good entrepreneurs are incredibly resourceful.

Angel seeks entrepreneur: I look for businesses that are unique and address a need. The second thing is really about the entrepreneur. Entrepreneurs have to pass the Australia test. If you’re at Heathrow sitting happily in your seat waiting to take off for Australia and someone walks down the aisle and sits next to you and introduces themselves what’s your immediate reaction? Do you think, ‘I’ve got 23 hours with this person’ or do you think, ‘They sound interesting, I’m interested to learn more about her or him.’? We all go through ups and downs with our entrepreneurs and so if the entrepreneur passes the Australia test then you’re pretty sure you can live the next six to eight years with them.

Exiting: People used to say three to four years to exit but it’s more like six to eight years before exit. The worst piece of advice I got was from a business angel who invested in my business. When we hit profitability, he advised us to sell the business quickly and go on to start our next business.

And my co-founder, who was burned out at the time, thought ‘Oh yes, that’s a great idea, we’ll do that’ and that became the focus. I went with it but your ambition to build a business again quickly becomes very, very muted.

My motivation: I just love business.

I am most comfortable in a meeting room or a board room just talking to other people and thrashing out ideas and talking about the mechanics of the business model and how are we going to commercialise something. That’s where I love to be and that’s what gets me out of bed.