The global downturn has exposed the frailties of many organisations and confirmed the strengths of others.

It is only when the tide goes out you can see who’s swimming naked. And so, it is only when times get tough that you see whose business and management models are most robust. The global downturn has exposed the frailties of many organisations and confirmed the strengths of others. 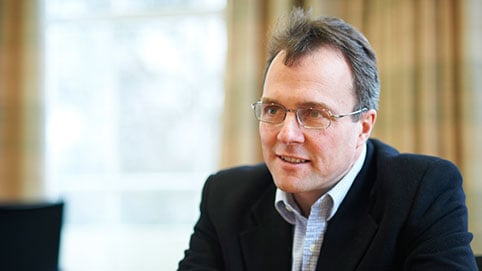 One model that looks increasingly robust in difficult times is the virtual model – organisations that orchestrate the activities of many independent actors rather than owning, employing and controlling lots of people.   The major virtue of virtuality is that, if it is done right, it creates truly agile organizations well equipped to negotiate the crumbling markets of recession.

Consider Eden McCallum.  The London-based consulting firm began life in 2000.  Founders Liann Eden and Dena McCallum wanted to build a consulting firm unencumbered by the usual trappings of a large headquarters, plant-filled atrium and teams of consultants on salaries.  “First and foremost we wanted to create a business. So, we looked at the marketplace in a business we knew: management consulting.  And we saw a couple of major trends – the maturing of the consulting market, and professional people wanting to take more control of their careers,” says Dena McCallum. “These then led us into our unique business model. And in creating this business, we also ended up with an entirely new organisation model.”

Eden McCallum works with organisations of all shapes and sizes. It has worked with some 200 since 2000 and its turnover is now more than £12 million.  All of its projects are delivered by a pool of more than 400 independent consultants.  The majority are former employees of big name firms – 46 per cent formerly worked with McKinsey, BCG or Bain.  “The consultants set their own constraints. Some don’t want to work during the summer for example and so we work around them,” says Dena McCallum.   For around 150 of the consultants Eden McCallum is their major source of work. The remaining 250 offer latent potential, ready to be called on if and when the project demands it.

The end result is flexibility, quality consultants at reasonable prices.

While traditional consulting firms have been forced to reduce numbers and work ever harder to attract clients, Eden McCallum has continued to grow during the downturn.

In turbulent times the virtual model has a clear plus side for Eden McCallum and its clients.

First, a virtual organisation does not face the training or headcount issues faced by a traditional competitor.  As Eden McCallum’s work has shifted to a greater emphasis on issues such as procurement and reducing costs, it has simply begun to use more consultants with expertise in that area. There has been no need to re-train legions of consultants.  Clearly, the virtual model also means that redundancies are never an issue.

Second, as it comes with so little baggage, a virtual organisation can actually foster a greater sense of client ownership and involvement.  Being small and responsive is reassuring and suggests value for money.

Clearly, the downturn has also thrown up issues for Eden McCallum.  As with any virtual organisation knowing when and where to share information and how much is a constant balancing act.  Now it has weekly meetings of its core team to encourage knowledge sharing.  It is also continuing to wrestle with the issues raised by its own success.  “If you want to become bigger, to scale your activities, you need the systems to underlie it,” says Liann Eden.  “Our biggest investment was locking all of our people in a room for two hours each and then talking through all of their projects.  Now we capture that information as we go. We were a scrappy organization. We doubled in size rather than investing in putting in a big system. Now there is a realization that if you want to manage a network like ours you need a keen sense of the connections between people and projects.”

The virtual organisation is not perfect. Few are.  But, in difficult times, it is proving more robust than many expected.