GlaxoSmithKline (GSK) faced a situation common to large global organisations: how to allocate marketing resources to smaller, regional brands. Julian Birkinshaw and Peter Robbins report on the company’s inventive approach to worldwide marketing that led to the development of a unique and productive network. 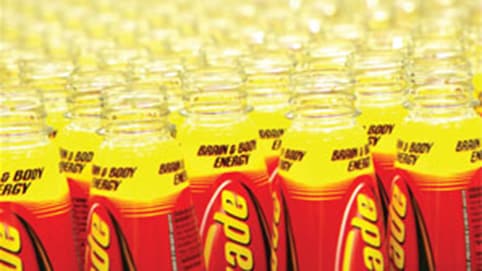 Focus and simplification are very much in vogue in many of the world’s biggest consumer products companies. For example, Procter & Gamble’s concentration on its largest brands, largest customers and largest markets since 2000 has been a major driver of growth, and Unilever has embarked on a similar strategy of focusing on its top 50 brands.

But focus brings inevitable challenges as well. What happens to the products that don’t make the cut. Do you sell them off? Do you run them as cash cows? Or do you encourage your teams to grow them without corporate support? And what about the marketing and research personnel who aren’t in the focal group: do you encourage them to move on, or do you continue to look for ways to motivate and engage them? These are tricky strategic challenges, and they require thoughtful managerial responses.

GlaxoSmithKline (GSK) Consumer Healthcare is a fascinating case in point. To ensure that its lower-priority brands continued to develop, it created a community of marketing and R&D people around the world that came to be known as the Spark Network; it used the word “spark” because it was intended to light up the company with new ideas and become a hotbed of creativity for the business. The network has become a valuable source of new ideas as well as a learning and support system for its members. But how do you sustain and institutionalise a network deliberately designed to be informal and virtual in nature?

Now with 90 members, the Spark Network’s value is enormous. It has given them a focal point for their own ideas, and it has helped them to meet like-minded people. Recent modules for members have included “innovation metrics”, “understanding semiotics” and “the power of storytelling for brands”. The network has provided them with a range of new skills, and it has reinvigorated some of the lower-priority brands in the company’s portfolio. And yet, it’s still not clear exactly what the future holds for the Spark Network. Like any voluntary activity, there is a risk that people tune in or out depending on the amount of work they have to do in their everyday jobs, so it is hard for the network to take formal responsibility for anything.

A frequent question is whether the network is designed for idea generation or for capability building. This is an artificial distinction. It can be compared to tennis coaching. You coach somebody, and then they need to play — not sit on the sidelines. So you cannot separate the theory from the practice. You need them to be doing the job and developing at the same time. In reality the network is doing a bit of both; but, perhaps for that reason, it sits a little uneasily within the formal structure of the company.

The challenge of sustaining the Spark Network underlines an important message for any would-be management innovator: your work is never done. Like those jugglers who keep plates spinning on top of sticks, you have to periodically give each one an additional push, otherwise the whole show comes crashing to the ground. Informal networks are either sustained through the persistent efforts of a few key individuals, or people lapse into their old behaviours. It’s a lot of work keeping them alive, but the value to the individuals, and to the company as a whole, can be enormous.

“Sparking innovation” can be read in full in the Summer 2010 issue of Business Strategy Review.