Something ventured, who gains?

Gary Dushnitsky and Zur Shapira have extensively studied the effects of the compensation scheme awarded to corporate venture capitalists ...

Gary Dushnitsky
Strategy and entrepreneurship
Save to my profile 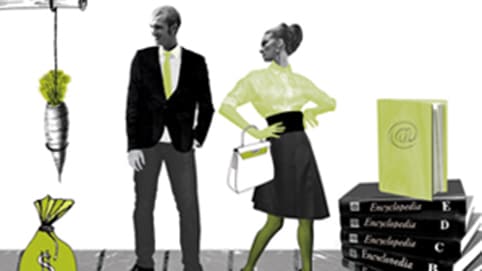 What made you decide to investigate this issue?

I have been studying the topic of corporate entrepreneurship for over a decade, and Zur Shapira is an authority on risk taking within established corporations. To date, there is inconclusive evidence on the whole issue of how organisational realities affect the way people in corporations respond to the need to take risks and innovate. For example, Professor Michael Jensen of Harvard Business School observes that when it comes to the risks taken in the course of corporate research and development — although the annual research and development (R&D) spending of IBM exceeds the annual disbursement in the venture capital industry — the economic successes of venture-backed firms have been strong enough to raise questions about why corporate R&D outcomes have not been better. While the limited successes were thought to be attributable to the nature of incentives within corporate research facilities, we discovered that no one had stepped up to the plate to analyse and test this assumption for those responsible to a firm’s innovation activities. Now, almost two decades after the need for such research was pointed out, Professor Shapira and I collaborated and examined the question in a uniquely appropriate setting: the world of corporate venture capital.

Could you elaborate on that?

A typical independent venture capital fund raises money from pension funds, universities and wealthy individuals, and then invests those funds on behalf of those investors. The venture capitalists’ compensation scheme usually consists of an annual two per cent of the total assets under management plus 20 per cent of profits. Corporate venture capitalists, in contrast, invest their parent company’s money and often receive just a salary and, perhaps, an annual bonus. In a famous example from the 1990s, the German software maker SAP paid straight salary to the head of its Silicon Valley venture-capitalist unit even though he racked up a 6,000 per cent return for the company on its $25 million portfolio.

What kind of data did you use for your analysis?

What were the results of your analysis?

What explains this performance differential?

Our detailed analysis of investment practices revealed that, on average, corporate venture capitalists actively manage their investments’ risk profile. They avoid investing in seed and early stage start-ups, entrepreneurial ventures that really amount to little more than a promising business plan, even though that can mean acquiring a lot of stock at a low price and getting early insights into cutting-edge technologies. Instead, they tend to invest in more mature, and thus potentially less risky, ventures — choosing to put money into ventures that have already achieved some degree of technological progress and commercial success. When start-ups have reached this stage, however, they are likely to command higher valuation: selling stock at a premium. In contrast, independent venture capitalists tend to welcome the opportunity to jump in early, even though it may result in a lot of failed investments.

Another difference is that, on average, corporate venture capitalists are more prone to investing as part of larger syndicates than are independent venture capitalists. A large syndicate implies that each investor commits – and therefore risks – less capital, but on the flip side, s/he stands to reap lower profits if the investment proves to be a success.

In other words, corporate venture capitalists who received more performance-based pay engaged in investment practices that looked a lot like those made by independent venture capitalists: they invested at an earlier stage and made their investments through smaller syndicates.

Given that, why don’t more companies reward their venture capitalists with a share of profits?

It has to do with organisational realities. Some corporations explain that they pay a salary  due to the challenge of developing financial and strategic performance metrics. Others say that they want to maintain pay-equality to avoid resentment by employees in other business units. After all, gaining the strategic benefits of corporate venture capitalists’ investments requires those responsible for investment decisions to be in close touch with other people in the firm, especially the R&D and business unit people.

At the same time, it may be that big companies pay salaries to avoid their venture capitalists taking too much risk. In big corporations, the tolerance for failure is often low, particularly if failures tend to be very visible. Independent venture capital firms tend to be more willing to tolerate failures in return for big successes.

In sum, when deciding on corporate venture capitalists’ compensation structure, one should balance two contrasting effects. Awarding high-powered incentives to a handful of employees may run contrary to corporate culture, yet failure to incentivise success may distract the corporate VC unit from fulfilling its full potential.