"Cobra Beer is known for its smooth taste, and millions of bottles are sold each year. Progress hasn’t always been ...

"Cobra Beer is known for its smooth taste, and millions of bottles are sold each year. 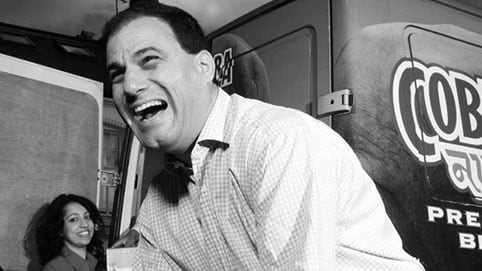 Progress hasn’t always been as smooth as the product, however. How did the entrepreneur who founded the company overcome all the hurdles? Steve Coomber tells why the Cobra story would make anyone say “cheers”."

When Karan Bilimoria first had an idea for a “less gassy, extra smooth, premium lager”, he could not have imagined that his entrepreneurial efforts would prove such a spectacular success. In 2005, Cobra Beer’s retail sales were £80.3 million, selling over 44 million bottles in more than 40 countries and earning numerous plaudits in the process. There have been many challenges along the way. But Bilimoria has overcome them all. So what are the secrets behind the Cobra Beer phenomenon?

When a business is an established success, it is often difficult to imagine it was once a small startup. But many of the world’s greatest companies had humble beginnings. Ford Motor Company began life in a shed. Hewlett-Packard was nurtured in a garage, as was the Walt Disney Company. It is often during these first faltering steps that the factors essential for greatness are most readily apparent. So in the formative years of Cobra Beer, when the business was run from a flat in London, the foundations for Cobra’s rise emerged.