It really is a numbers business.

It really is a numbers business. 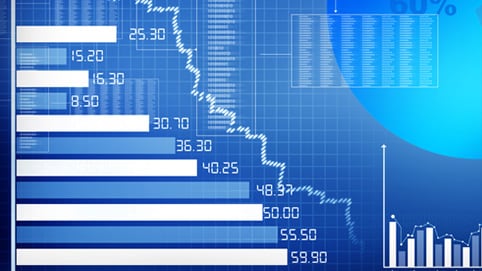 The OECD’s first skills survey of 24 countries, in 2013, tested 166,000 adults to assess the skills of 724 million people. Japan topped the all-adults numeracy and literacy skills tables. Although, for 16-24 year-olds, Japan had the second highest proportion of young people with no computer experience. The UK was the only country where the 55 to 65 age group outperformed the 16-24 group in both literacy and numeracy.
Source: oecd.org

The value of 1,400 art-works discovered in the flat of Cornelius Gurlitt in Munich, and revealed to the world in November 2013, was estimated at £846m. That’s a sizeable splash in a global art market worth some £36bn. The cache of 121 framed and 1,285 unframed works includes paintings by Pablo Picasso, Henri de Toulouse-Lautrec, Marc Chagall and Henri Matisse.
Sources: bbc.co.uk; European Fine Art Foundation

Late in 2013 India joined an elite group of nations that have sent spacecraft to Mars. Barring problems, the Mars Orbiter Mission should take 300 days to travel along its 680 million km trajectory to the red planet. Cautious optimism is required. Of some 40 Mars missions since 1960, over half failed. The cost? A comparatively inexpensive £45m.
Sources: bbc.co.uk; thehindu.com

The World Bank launched its first bond aimed at helping businesses owned or run by women in emerging economies. The five-year, triple-A rated bond was issued by the International Finance Corporation and raised $165m. A third of all emerging market SMEs are owned by women.
Source: reuters.com

PwC asked 500 top business leaders with operations in at least one of the Asia-Pacific Economic Cooperation’s 21 economies what the main skills shortages were in the Asia-Pacific region. Managerial (57 per cent) and executive (52 per cent) were top of the list. While the most critical shortage (49 per cent) was in technical skills, such as IT and engineering.
Source: PwC

Just as London Business School starts its new Luxury Management MBA elective, the luxury goods market is thriving, with a 2013 sales total of $318bn worldwide. That’s three per cent up on 2012. Most of the growth comes from emerging markets such as China, India, Indonesia and Malaysia.
Source: Euromonitor

Work harder, get poorer. A growing economy no longer guarantees greater individual prosperity, apparently. The share of national income captured by the workforce is steadily declining in OECD nations, down to 62 per cent from 66 per cent in the early 1990s.  Increased productivity doesn’t mean increased wages. It does mean the providers of capital are prospering, however.
Source: economist.com

A UN Environment Programme report on waste management estimates that 1.3 billion tonnes of solid waste is collected worldwide. That’s a lot of rubbish, or alternatively a big business opportunity. The global waste market is estimated at $410bn a year, with over 500,000 people employed in recycling in the EU alone.
Source: recyclingportal.eu

While cyber security and resilience are high up the organisational agenda, following the Edward Snowden NSA leaks, German officials can rest easy. According to Hans-Christoph Quelle, CEO of Secusmart, which supplied German government secure smartphones, complete with encryption chips, “Theoretically, it would take 149 billion years to crack this code based on today’s technical standards… the universe itself isn’t even that old.”
Source: eweek.com

A census of billionaires revealed a global billionaire population of 2,170 individuals in 2013. Europe has the most billionaires, the US the wealthiest billionaires. Sixty per cent of billionaires are self-made. Based on the numbers, an average billionaire is 63, has $3bn net worth, four homes, is worth around $20m and has luxury assets and personal holdings of $136m, including a $14m art collection.
Sources: billionairecensus.com; wealthx.com

OPEC has revised upwards predictions of total world oil demand by 2035 to 108.5 million barrels a day. The revision is partly due to an accelerating increase in car ownership in China, rising by 380 million vehicles to 2035. A rise in OPEC’s output to 37.5 million barrels a day over the same period requires $7.5trn worth of infrastructure investment, meaning petrol prices are unlikely to fall in the short term.