Time was, becoming a CEO was a promotion for life. Now it's more like having a seat on a roller coaster. Kevin Kelly believes that ...

Kevin Kelly
Leadership
Save to my profile

Time was, becoming a CEO was a promotion for life. Now it's more like having a seat on a roller coaster. Kevin Kelly believes that aspiring CEOs need a new set of skills in order to maximise their tenure. 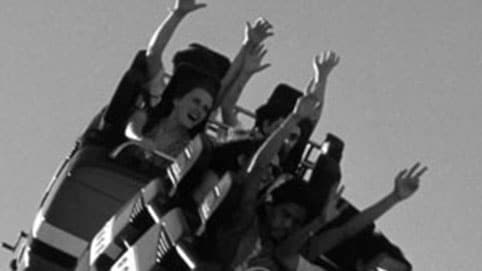 In these impatient times, CEOs come and go. Short-term pressures, already intense, are intensifying. Trigger-happy investors look for new blood at the slightest suggestion that the pace of growth is slackening. The result is that the turnover of CEOs is accelerating. The average tenure of CEOs is now a mere 18 to 24 months.

To this another important statistic can be added: 55 per cent of global organisations do not have succession plans in place. So, if a CEO departs for another organisation or has to leave because of ill health or some other reason, organisations are often poorly prepared – or not prepared at all.

These two trends, increasing CEO turnover and lack of succession planning, mean that new CEOs frequently walk into unpredictable and unstable situations. Morale is often low. Employees – and shareholders – are confused about the organisation’s direction. Performance is likely to be down. The result is that the skills increasingly required of CEOs are those usually equated with turnaround CEOs.

Turnaround skills were once the preserve of specialists who took over ailing organisations and restored them to health. The emphasis of these leaders was usually on cutting costs and restructuring. Of all the jobs open to CEOs, this is, in fact, the easiest. If CEOs could cut costs and then leave they would be feted as heroes. In fact, in the old days, many were. But simply turning the corner is no longer enough. Instead, the modern CEO is expected to stick around and deliver sustained growth. And that’s tough.

Maintaining strict control over costs while driving revenues up is an incredibly difficult task, but that is what is demanded of modern day CEOs. They are turnaround CEOs-plus. And this requires a complex pot-pourri of skills:

The process has four phases: anticipation, exploration, building, and contributing. The anticipation phase occurs even before starting work. During this phase, it is important that CEOs develop an entry strategy. They must look at their role, set expectations, discuss any issues that need immediate clarity and enter into an honest exchange of views and hopes. Clearly, they have to be careful not to overplay their hand or to become too involved too soon, but the tone can be set even before entering the building.

The timelines are fairly consistent. The first 90 days of a new CEO’s tenure is a honeymoon period – though honeymoons, like CEO tenure, are shortening dramatically. Throughout this time CEOs get to know the business, the people and the management team: this is the exploration phase. At this point the board offers long-term support and promises whatever resources are required.

Even so, the first period is one of intense pressure for the CEO. There may be support from elsewhere, but CEOs tend, initially at least, to put pressure on themselves. They have a new job and a new challenge and they feel it is down to them to deliver.

They are right to feel pressured. Research suggests that the roots of failure can be traced to what happens within the first 15 days. Common causes of this failure are trying to do too much too soon, failing to assimilate the culture, failing to adapt leadership and management styles and insufficient analysis and planning. The challenge is that, while CEOs are often hired to achieve change, there is always resistance when change actually happens. CEOs can find themselves firmly wedged between the proverbial rock and a hard place.

Failure is clearly bad for the individual and expensive for the company: experts estimate that the cost of failed hire is at least four times salary and bonus.

And then the pressure balance changes. The building stage, three to fourteen months, marks a shift in emphasis. The CEO has assembled a team and the onus is on the team to deliver. This is a time when the CEO can encounter emotional lows. After the initial rush of excitement, it is easy to feel physically and mentally exhausted, but difficult decisions still need to be made. The CEO may need to act on people who are clearly in the wrong roles or simply not up to the tasks required.

Finally, there is the contributing stage, beyond 14 months. This is when results need to begin to be delivered. Pressure mounts again, this time from the board. No excuses are available.