This week, I asked the MBA and Sloan students at my London Business School elective how many of them wanted to become ...

Lynda Gratton
Leadership
Save to my profile

This week, I asked the MBA and Sloan students at my London Business School elective how many of them wanted to become leaders of large corporations. 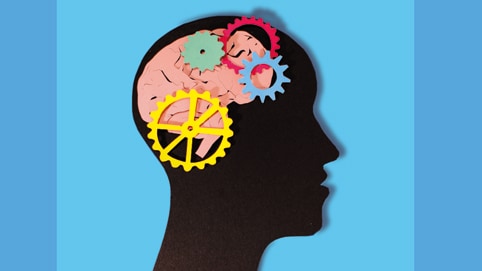 Looking around the room I saw that less than 15% raised their hand. Why, I asked them, were they not eager to take the reigns from the Jack Welchs and Richard Bransons of the world and lead our biggest businesses into the future? The responses were varied, but underlying this was a recurring theme: many of them simply lacked trust in today’s leadership models. Here are some of the concerns they voiced:

Are leaders transparent enough in their actions? They felt that often times, leaders were not open enough about how they make the big decisions that impact their organisations. This lack of transparency made it difficult for people to hold their leaders to account. This concern is not limited to these London Business School students. When the research team at the Future of Work Research Consortium that I direct asked over 3,000 corporate executives about the significance of various leadership traits, they ranked transparency as increasingly important in the future. Yet they also acknowledged that right now this was not a well-developed capacity and is a high-risk trait in need of attention.

Are leaders engaging their stakeholders effectively? Some believed that leadership teams of large corporations seem to be stuck in traditional management models that did not help them build trusting relationships with stakeholders. Inside corporations they can fail to create effective democratic processes with employees, while externally they aren’t always demonstrating real commitment to wider social challenges. I see this as a challenge for leaders as people increasingly look at companies’ ethical practices and the way they treat employees when deciding whether to trust them or not. It’s clear both from these students and from the broader research that delivering consistently strong financial performance does not guarantee a corporation the trust of its stakeholders unless accompanied by good practice and ethical behaviour.

Do leaders do as they say? A recurring theme for the week was the challenge of intent and actions. Leaders may talk about strong corporate values, but some were quick to bypass them in the interest of the bottom line. No doubt this scepticism is a response to the wave of corporate scandals in 2012 that has increased suspicions about corporate leaders. Again, this thinking isn’t limited to these MBA students – a global survey by consulting firm Edelman Berland, found that less than 1 in 5 people believe business leaders will actually tell the truth when confronted with a difficult issue.

It is clear that there is still much scepticism about leadership intent. That’s why the London Business School’s Global Leadership Summit later in May will be so interesting. The theme is the Future of Leadership and a stellar cast of leaders from across business, government and media will be there to discuss the real issues behind the current leadership crisis.

I look forward to this gathering, which brings together multiple perspectives and promises to raise some tough questions. My expectation is that it will bring deeper insight into what it takes to restore some of the lost faith in today’s corporate leadership.