How can organisations retain the entrepreneurial spirit? Sahar Hashemi offers a roadmap.

Sahar Hashemi OBE
Strategy and entrepreneurship
Save to my profile

How can organisations retain the entrepreneurial spirit? Sahar Hashemi offers a roadmap. 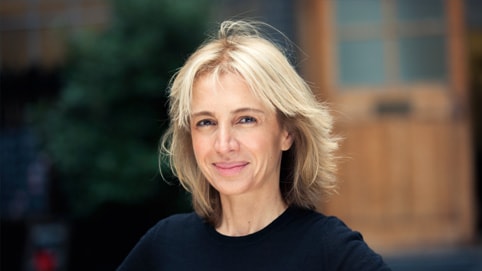 Big organisations can’t rely on being just big anymore. They need to behave much more like entrepreneurs: more agile, more curious, more iterative, less set in their ways, less complacent. Yet the two worlds, that of big organisations and that of entrepreneurs, couldn’t be further apart. Why is that?


It’s obviously a sweeping generalisation, but I think it would be fair to say that most large corporations have entrepreneurship somewhere in their DNA. But, by their own admission, many are miles away from being entrepreneurial.

And it’s not only organisations. The people that work within them, sometime in the past, surely dreamed of changing the world and were excited to go to work each day. But rarely is that the day-to-day reality of work. From the outside, it’s easy to wonder why ‘suits’ behave as they do, but it’s important to remember that no one dreams of becoming a bureaucrat and making it their life’s work to stymie innovation. So where – both within companies and their employees – did all that entrepreneurial spirit go?

In many cases, that spirit was left behind consciously. It’s the old thinking that a company moves along a timeline. It starts as entrepreneurial, fast moving and bursting with passion but, as it grows (which is itself a reward for all that entrepreneurial effort), it moves towards the other end of the spectrum where organisations become fully ‘professional’. Young companies are entrepreneurial but they ‘grow up’ and leave all that craziness and chaos behind in order to develop serious professional structures.

‘Professional’ worked back in the 1980s and 1990s but not now. A professional set up has an inherent slowness and complacency that just doesn’t work anymore. So the key for organisations is to take a few steps away from being professional back towards their roots, which are by definition entrepreneurial. Yes, you must have structures and discipline, but you also have to recapture some of that entrepreneurial spirit.

I believe in this strongly because I wish this is what I had done when the company my brother and I started, Coffee Republic, got big. We believed in that old school thinking, in the evolutionary lifecycle of business as explained by Amar Bhide in The Evolution and Origin of New Business. Businesses mirror human biology, he argues, moving from baby to toddler to adolescent and finally adulthood. So when the company we started from our kitchen table grew to 110 coffee bars, we felt like parents of an adult child. The company we’d brought into the world and raised didn’t need entrepreneurs any more. It needed professionals to deal with its adult state. So we actively set about destroying the company’s entrepreneurial culture. We hired professionals with proper CVs and asked them to set up structures and hierarchy. We built a proper head office that made us look and feel like a big company, not a shoddy start-up fuelled by passion alone.

When the new hires practically stampeded in, invisible barriers went up. These imaginary structures were built around each person’s desk – hierarchy, titles, bureaucracy. I remember sitting with our new procurement manager (we took great pleasure in titles being introduced as before we were all jacks-of -all-trades) and listening to her explain new systems, such as processes to vet suppliers and forms to fill out. Before it was just my assistant and I tasting products. This was the exact moment it dawned on me there was a different culture here, that these people thought entirely differently to the way I did.

Very quickly the old guard, who had started with us as a team of entrepreneurs, felt as alienated as we did. They felt the clash. They didn’t know much about processes and systems. They didn’t care for titles and hierarchy. All they thought about was rolling their sleeves up, putting in 100 per cent and getting things done. So they trickled out as it wasn’t the old company they had joined and felt they belonged to. Eventually, we, the founders, were the last vestiges of the old school, so we left too.

It hasn’t been a happy story for the company we founded and loved so much. It is but a shadow of its former self. But enough of regrets. What would I do if I could go back in time?

I’d keep that entrepreneurial spirit very much alive and kicking. In a previous article (LBSR, issue 4, 2013) I wrote about keeping passion alive by involving founders and leveraging their love for their companies even as the business grows. But keeping the entrepreneurial spirit alive involves more than that. For many large companies, relying on their founders isn’t an option. There’s no Howard Schultz or Michael Dell available to keep things on track. The company’s entrepreneurial roots go back too far. So how can companies retain that spirit without the founder being present?

Easy. They encourage employees to use habits and behaviours entrepreneurs regularly deploy to get their businesses of the ground. It’s that simple – imitate entrepreneurs. This makes the gargantuan task of cultural change much easier. After all, what is culture? It’s the sum total of employees’ habits and behaviours. And how does this sum total change? One person at a time behaving in a new way. That’s how sea changes happen.

So what are some of the key habits individuals in big organisations need to borrow from entrepreneurs?

In future articles, I will go into more detail about each of the above points. But I believe all of this is not only do-able, but crucial, both for the level of innovation required to thrive in today’s business world and for attracting and retaining the talent of the future. In the words of the late Steve Jobs, everyone, not just Apple, has to be the “biggest startup on the planet”