Out of the shadows

Richard Hytner on the nature of leadership and how this led him to his new book Consiglieri: Leading from the Shadows.

Leadership
Save to my profile
Richard Hytner on the nature of leadership and how this led him to his new book Consiglieri: Leading from the Shadows. 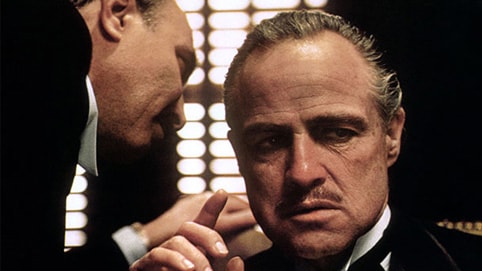 Richard Hytner is deputy chairman of Saatchi & Saatchi. He is an adjunct associate Professor of Marketing at London Business School, where he graduated as a Sloan Fellow in 2003. His new book is Consiglieri: Leading from the Shadows (Profile).  He talked with LBSR editor, Stuart Crainer.

What are your hopes for Consiglieri?

I'm hoping it starts a new conversation between people who aspire to leadership inside organisations and those organisations; I hope it gets more people thinking about if I'm to lead what's the best position from which to lead, and not simply to assume that the only job in town is the number one job. I'd love it to debunk that myth that being number one is everything and everybody else is just there to support, and I'd love people to really see how there is great reciprocity between the team decider and the people that he or she has around them, and they could do much better work for each other if there was a far greater sense of a shared endeavour than there currently is.

I am often struck when I talk to CEOs what a demanding and actually often unpleasant job it is.

It can be relentless, exhausting, brutal, punishing. From a media point of view, you no longer have a single place in which to hide or escape even briefly.  I started the book thinking, actually, I'm fed with their hubris and their egos and their vanity, but actually, when you really look at it, to your point, it can be a really, really lonely place. So I'm thrilled that there are people who are hard enough and courageous enough to do it, and I think they only survive by surrounding themselves with brilliant people who they've chosen terribly carefully and who they nurture for the jobs they need to do.

Isn't the nature of leadership at the heart of your book? Leadership has been hijacked by the workaholic globetrotter, but that just means you get a lot of air miles and you've got a lot of stamina.

Yes. I saw Randall Peterson from London Business School early on when I was thinking about the book and he said we've got to be careful what we wish for because we ask for leaders to be more and more charismatic, we demand that they operate in the limelight, we need them to be noisy to rise above the din, and we do, because the context in which people like that lead has changed. But you're so right, if the media and our popular culture contributes to the idea that it is the man in the spotlight, the woman in the spotlight who counts, then that job does get hijacked, and every other contribution to the overall leadership endeavour continues not to be acknowledged, not to be appreciated, not to be celebrated.

Do you think things are changing?

I think they are. Data from the Emerging Leaders Programme at London Business School has been collated very carefully by Adam Kingl. With other data, it points to a different generational attitude towards the job and the career. The long job has gone. Gen Y looks at leadership now and looks at careers and thinks we – Gen X and the Baby Boomers -- are all barking mad.  They don't even see the ladder, they don't see a hierarchy, they just see a multitude of opportunities, and that anybody who wants to lead has to look at a broader number of leadership roles than simply the top job.

There are going to continue to be team deciders, organisational heads, discipline heads, country heads, we need people who are going to take final accountability, but this new generation will, I think, enjoy far more the other roles they can play, that I talk about in the book, from which they can lead.

The interviews for the book were an interesting mix?

Yes, I deliberately chose to interview not just the people we know about but the people behind the people we know about, so across politics, sport, the arts, media. It was fantastically revealing to interview people like David Gill who was the former Manchester United CEO working with Sir Alex Ferguson, a lot of the people behind Tony Blair, to research people who operated in the shadows of the Beatles, and specifically to interview lots of people who are occupying number two roles about whom we've never heard because they are by definition out of the limelight and in the shadows.

And what I loved about that was the sense of relief a lot of them had that this was a topic even being aired that this was a role that was no longer going to be treated as the loser's role, the also-ran’s role, the role for people who lack ambition or talent or the final fight; that this is a role that people could embrace positively and a lot of people are really happy doing it. I think there was a real will to participate in this, even amongst the people we would call number ones traditionally, who I call the As, there is a sense of really looking forward to a time when they will be able to pass on wisdom, be more of an advisor, take a breather from the limelight.

What about your own portfolio?

I'm lucky because I have an A, Kevin Roberts, chief executive of Saatchi & Saatchi, who believes profoundly in this idea of a portfolio of opportunities. He doesn't see the divide between work and life, so he's always encouraged me to find energy beyond Saatchi & Saatchi and bring it back in.

So my work at London Business School is a fantastic way to keep me lively and have my ideas tested by students in class and the faculty, and to sharpen that thinking so that it has a benefit to Saatchi.  I think Gen Y is fascinating in the way it's looking at the world as a portfolio, I think I cottoned on quite early on that simply to be a single chief executive in one company is not going to be enough to endure my interest and curiosity.