The world of thought leadership is a battlefield of ideas where consulting firms, academics, gurus and a host of others vie for pole ...

The world of thought leadership is a battlefield of ideas where consulting firms, academics, gurus and a host of others vie for pole position. 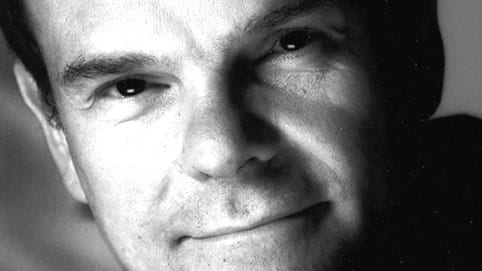 The creator of tomorrow’s fashionable management concept stands to make a fortune. But, as Des Dearlove reports, in the cut-throat arena of thought leadership it is often the originators of the best ideas who are ignored, forgotten or shouldered aside.

George Bernard Shaw said that every great idea starts as a blasphemy. In the business world the blasphemers are ideas originators like John Nash, John Harsanyi and Reinhard Selten, who received the Nobel Prize in 1994 for their work on the development of Game Theory. They remained largely unacknowledged outside the world of economics. Then two business school academics, Barry Nalebuff and Adam Brandenburger, took the concept and gave it a makeover in their book Co-opetition. An economic theory unknown to most managers was given a spin and was, briefly, the latest big idea.

And people like Reg Revans. Revans was a former Olympic athlete who worked at the Cavendish Laboratories at Cambridge University and for the UK’s National Coal Board. These experiences led him to develop the concept of “action learning” – basically that managers learn best when they work on real issues in a group rather than in the traditional classroom. According to Revans: “Action learning harnesses the power of groups to accomplish meaningful tasks while learning”.

Revans died in 2002 and his career remains largely uncelebrated. Yet his idea has worked in countries as far apart as Belgium and South Africa and been embraced by corporations – the Work-Out programme introduced by GE’s Jack Welch included a form of action learning. Business schools, too, have embraced the idea and action learning is now much in vogue in the executive education world.

Other originators get lucky

Lauded in Japan, ignored in his homeland, W Edwards Deming was destined to a life as an obscure statistics academic until he featured on an NBC programme on the Japanese economic revival. The rest of his life was spent in a desperate whirlwind as he sought to communicate his quality gospel to as many people as possible.

So where should you look for original ideas? Here are some leading indicators:

First, established gurus are constantly searching for new ideas. So, ask them who they are reading. (Recent favourite answers to this are Malcolm Gladwell’s The Tipping Point, Manuel Castells’ The Rise of the Network Society and anything to do with biology.)

Second, track the business thinkers. Keep abreast of the latest management literature and you will develop a keen sense of which thinkers have a handle on what is going on in the real world. (Digests are available of most management magazines and, despite the profusion of titles, you can quickly narrow essential reading down to a maximum of six publications a month.)

Occasionally, a theorist or two will be relevant – though many are doing little more useful than counting the number of angels that fit on the head of a pin. If you find someone whose work is useful, keep up-to-date with his or her latest research and developing ideas; volunteer your company as a potential example; ask for their insights on other useful thinkers; do everything in your power to extract free consultancy from them and, if that fails, offer them money. (A more Machiavellian route is to approach the acolytes, associates or assistants of the thinkers. Often they know just as much, have access to the same material and charge much less.)

Very few ideas burst onto the business scene from nowhere. It is useful to look at the acknowledgements in business books. Often the writer’s inspirations and influences are mentioned in passing – look out for PhD supervisors and older mentors who may actually be the true inspirations. Also, check the social sciences index for references to the topic that a current guru is talking about. They may have coined a new buzz-phrase to describe an old idea. In private, some academic insiders claim that at least three well-known strategy models are variations of the same thing.