Books: Evolve! Succeeding in the Digital Culture of Tomorrow by Rosabeth Moss Kanter

Colin Hales
Organisational behaviour
Save to my profile

Books: Evolve! Succeeding in the Digital Culture of Tomorrow by Rosabeth Moss Kanter The Innovating Organization edited by Andrew Pettigrew and Evelyn Fenton 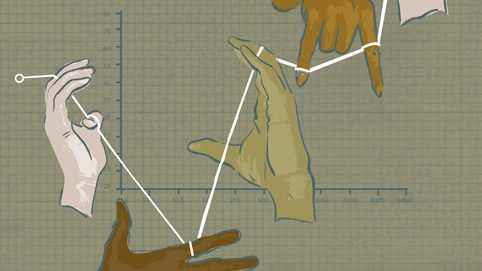 Contemporary management discourse is steeped in a rhetoric of ‘change’. A key part of this is the persistent claim that, under the unavoidable pressure of hypercompetition and chronic environmental uncertainty, lumbering, diversified bureaucratic organisations are giving way to nimble, focused, post-bureaucratic networks. Apparently, business unit autonomy has replaced centralized direction, performance has replaced procedure and horizontal co-operation has replaced hierarchical control – or they are about to do so. These claims of imminent organisational revolution are not new. They have been made for at least twenty years, a period which encompassed not only the ‘business revolution’ of the eighties but also the ‘nanosecond nineties’ when change was, supposedly, going to accelerate to an incomprehensible blur.

Kanter’s new book is firmly in the ‘radical change for turbulent times’ genre. Ordinarily, I am wary of books that have an exclamation mark in the title – or, for that matter, where the preface takes the form of the lyrics to a song about organisational change written by the author. However, unlike many written in a similarly accessible style, Kanter’s books have always been underpinned by extensive research and careful analysis and, therefore, demand to be taken seriously. This book is no exception. It is based on the findings of an international research study which included a survey of 785 senior managers and depth interviews with a further 300. Kanter’s central thesis is that organisations will successfully meet the challenges of the ‘Internet Age’ only if they become communities of collaborative work relations with distinct ‘e-cultures’ permeated by creative destruction, improvisation, cooperation and visibility. Throughout, she makes her case inductively from the lessons of numerous case examples.

In Part I, Kanter argues that the opportunities and threats posed by the Internet demand three things of organisations. First, in order to deal with the reach, transparency and speed of change of the Internet, organisations must operate more collaboratively by becoming more like ‘communities’, characterised by a sense of membership, identity and obligation, fluid boundaries, voluntarism, a common culture and collective responsibility. Second, organisations must offer a ‘dotcom workplace style’ of informality, fun, team-working, open communication, 24/7 operation and blurred boundaries between work and home. Kanter is careful to emphasise, however, that for organisations to become substantive e-cultures, and not merely evanescent ‘e-cults’, youth and novelty of technique must be counter-balanced by a continuity of values. Third, in order to be ‘pacesetters’ not ‘laggards’ in this movement, organisations must undertake fundamental, not cosmetic, change and confront the barriers to such change.