Larry Bossidy retired in 2002 after spending decades as one of America’s top executives. Now, he is forging a second successful career ...

Steve Coomber
Leadership
Save to my profile

Larry Bossidy retired in 2002 after spending decades as one of America’s top executives. Now, he is forging a second successful career as an author. 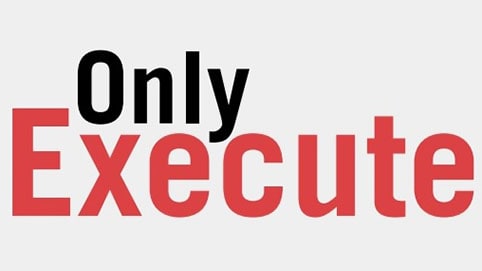 His first book Execution: The Discipline of Getting Things Done, co-authored with Ram Charam, was an international best-seller selling over 500,000 copies. Larry Bossidy talks to Stephen Coomber about the challenges facing modern organisations, leadership and his latest book, Confronting Reality: Doing What Matters to Get Things Right.

Larry Bossidy is one of America’s best known executives. In a long and distinguished career he has served on the boards of several major corporations. From 1984 to July 1991 he was vice chairman and executive officer of General Electric. He left GE to join AlliedSignal where he served as chairman and CEO from 1991 to 1999. Bossidy was credited with transforming the company, partly through the Six Sigma programme he introduced and a focused drive for growth. During his tenure the company achieved 31 consecutive quarters of earnings-pershare growth above 12 per cent. In 1999 Honeywell merged with AlliedSignal. Bossidy became chairman, retired in April 2000, but returned to the company as chairman and CEO in 2002 following GE’s unsuccessful attempt to buy the company.

Since Bossidy finally retired in June 2002 he has pursued a second successful career as an author. His first book Execution: The Discipline of Getting Things Done, co-authored with Ram Charam, was an international best-seller selling over 500,000 copies. In their latest book Confronting Reality: Doing What Matters to Get Things Right, Bossidy and Charam suggest that to be successful in the future organisations need to face up to the realities of operating in the modern world, both internally and externally, and decide whether adjustments are needed.

Bossidy talked to Stephen Coomber about the book, about the challenges facing modern organisations, and about leadership.

Why is there need for this book and why now?

There has been a sea change in terms of what has been going on in business in recent years. I think it is a good time for businesses to step back and see how well they are strategically situated.

There are a number of factors that mean this kind of thoughtfulness is necessary.

Globalisation is here now. It is manifest by difficulty in getting pricing, contracting margins, by an almost desperate search for jobs, and by overcapacity. With overcapacity comes a more rapid commoditisation of products than we have seen for a while. The world’s competitive environment is far more intense than before.