Many business people are fascinated by what they can learn from the world of sport, but Sir Clive Woodward took the lessons of business ...

Julian Birkinshaw
Organisational behaviour
Save to my profile

Many business people are fascinated by what they can learn from the world of sport, but Sir Clive Woodward took the lessons of business and transferred them to the England rugby team. Julian Birkinshaw examines Woodward’s tale of how the World Cup was won. 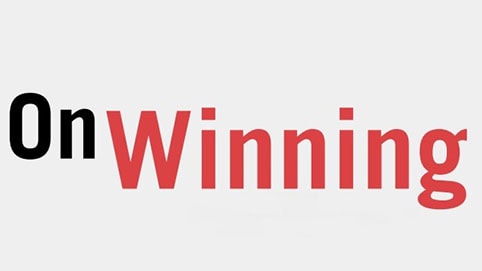 Most sports biographies are written for sports fans. They tell the story of the author’s humble beginnings, their early successes, and the long and tortuous pathway to victory. And they allow the reader to re-live some great sporting moments, told with the added perspective of the player or coach who was there when it happened. Sir Clive Woodward’s autobiography Winning! does all this, and does it well. But it adds a third element that is all too rare in sports biographies – it presents a detailed and thoughtful guide to the management philosophy of the former England rugby coach. Interwoven between accounts of the 1998 “Tour from hell” and the annual Six Nations Tournament we see Woodward putting his management team together, drawing up a strategy, reshaping his team’s mindset, and creating a winning culture. And we get a remarkable insight, as well, into the leadership style of the man himself – intense, obsessive, contrarian, shrewd, and occasionally tetchy. Woodward exudes self-confidence in his approach to leadership, but at the same time he is not afraid to acknowledge his mistakes. “Winning does not happen in a straight line” is an important theme of the book.

The story of Woodward’s success in coaching England’s first World Cup winning team since 1966 is now well known. But it is easy to forget the size of the challenge facing Woodward when he took on the job of England rugby coach in 1997. England had been a good team through the 1990s, but never quite up there with the world’s best – Australia, New Zealand, and South Africa. There was a feeling of inferiority towards the southern hemisphere teams, and the coaching set-up was still stuck in the amateur era.

Woodward turned this situation around by applying the business and leadership skills he had learnt at Xerox and in running his own leasing company. As he says early on in the book, many businesspeople are fascinated by what they can learn from the world of sport; he saw instead the opportunity to take the lessons of business and transfer them to the England rugby team. And this is ultimately what the book is about – it shows how fresh thinking from the world of business enabled Woodward to overhaul the entire coaching setup in elite rugby, and how he was able to instil a winning mindset in the team. By the time of the 2003 World Cup England no longer feared Australia or New Zealand. They expected to beat them, and they did.

Woodward puts forward his own success formula. His concept of winning is a state of mind that is not just about scoring more points than the opposition; it is also about playing to your potential as a team and entertaining the masses. The book even has frameworks, charts and matrices that would do a business school professor proud. I don’t want to go through Woodward’s formula in detail, because the book does this far better than I could. Rather, I want to offer my own take on what made Woodward a success. Here are some of the key elements of his approach to leadership and teamwork: