Management innovation – the implementation of new management practices, processes and structures that represent a significant departure ...

Management innovation – the implementation of new management practices, processes and structures that represent a significant departure from current norms – has transformed the way many functions and activities work in large organisations. 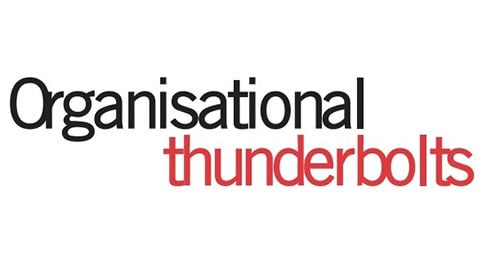 Consequently, when a manager shakes up the status quo and actually improves the way things run, the impact (especially in large organisations) can be thunderous. Boeing’s Debbie Collard shares the story of the manager who thought the C-17 jumbo transport plane could be built in a radically different way.

Collard tells of the revolution created by “Koz” (most likely, Don Kozlowski), the executive newly charged with leading the production of the C-17, a plane so gigantic that its tail is four stories high. Planes that huge require hundreds of people to assemble them, and the tradition is that such a plane is built in stages, by moving it from one position to another as the successive work is completed. The norm in the industry was for movement from position to position to occur per the set timetable, whether every production detail was attended to or not. At least in the case of the C-17, prior to Koz, that’s the way it always was. Everyone thought, that’s the way it’s supposed to be.

But, as Collard told John Kotter and Dan Cohen, in Heart of Change (Harvard Business School Press, 2002), everything changed when Koz rattled the status quo. “We are not going to move an airplane,” she remembers Koz saying, “until it is complete in position. Quality is number one, so that’s what we are going to focus on. Until the plane is done and done right, no movement. Period.”

Collard then relates how workers and managers alike responded to Koz and his revolutionary way of doing things:

Everyone thought he was off his rocker. You didn’t do things this way. I think some of his direct reports, in particular, thought he was crazy. They were convinced that we would never be able to deliver on time if we did it this way. Never. Wouldn’t happen, anybody knows that. Something would always bring everything to a halt. You’d have employees twiddling their thumbs at great expense to the company. You might as well expect cars to be made by secretaries on the fifty-ninth floor of the Sears building in Chicago.

As you probably surmise, Koz changed not only the company but the rest of the industry. Collard completes her story by attesting that this one management innovation “transformed the place, and, as a result, quality has gone up and all of our aircraft have not only been on time, they’ve been early!”

It’s rare for management to hurl an organisational thunderbolt, but its impact can be enormous. Management innovation – the implementation of new management practices, processes and structures that represent a significant departure from current norms – has transformed the way many functions and activities work in large organisations. Ford’s introduction of the moving assembly line in 1913 and Western Electric’s invention of statistical quality control in 1924 changed businesses forever. Every managerial process we now take for granted was created by inventive and far-sighted individuals: double-entry book-keeping was invented by Luca Pacioli in 1494, and the limited liability company was created in 1856. But management innovation remains poorly managed and poorly understood.