It is scarcely an exaggeration to remark that Barack Obama’s first real leadership role turned out to be President of the United States ...

Nigel Nicholson
Leadership Organisational behaviour
Save to my profile

It is scarcely an exaggeration to remark that Barack Obama’s first real leadership role turned out to be President of the United States – before that it was all politics, speechifying and activism. 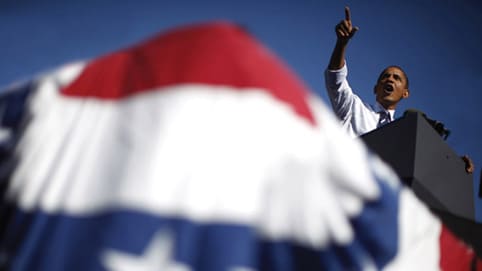 Actually, you could say much the same thing about Nelson Mandela, whose political leadership experience was very thin before they locked him away. Perhaps we can make too much of leadership track record, what matters is are you the right man or woman for the times? Mandela inspiringly was. Obama? He is clearly the most articulate, eloquent, scholarly, cool, well-balanced leader of the US post WWII, and it has been his (mis?)fortune to come to the role a turning point in America’s dominant global confidence. The debt crisis and the rise of the East are stretching the resilience of his wonderfully ebullient and optimistic people. American politics, thanks to the partisanship of the Democratic rump and the wild frustrations of the crude post-Bush doctrinaire Republican right, has descended into tribalism.

Obama arguably missed his leadership moment immediately after taking office by not forging a bipartisan approach to clearing up the credit crunch mess, but he allowed himself to be manoeuvred by his party into a space from which he has struggled ever since to reach out to all the American people. This he periodically achieves in high profile speeches – maybe enough to get him re-elected but how will history regard a man who allowed his mind to so overrule matter? It is not enough to be a thoroughly decent and highly intelligent man – you need, as Blair in the UK famously achieved, to be able to reach out to the concerns of people beyond your political circle. Obama clearly has values, but the vision is cloudy. His people would like him to take them somewhere. His iconic message “Hope” now looks unhelpfully ironic.

Obama will find more leadership moments. The BP Deepwater Disaster was one, which he got out of intact, after a very unpleasant phase of posturing and politicking. He will get dealt better chances to show his quality, but also be faces a bleak horizon of domestic and global economics plus political uncertainties in explosive regions. For sure has the courage to be a good leader, but to be a great one will require a degree of conviction that so far is scarcely to be seen. He seems to lack an articulated set of beliefs about a new social order in America, or in the world for that matter, that could amount to a strategy for change.

The art of leadership is mastering the duality of shaping vs. agility. The leader has to implement his or her vision and to be versatile in responding to changing event s beyond their control. This requires a vigilant appraisal of oneself and the environment, though too much analysis leads to paralysis. Does Obama know what he wants? Has he got a sound analysis of the worlds he is moving amongst? Has he got the conviction to forge ahead in defining domains? Stand up Obama – the world needs clear leadership.