Jonas Ridderstråle
Leadership
Save to my profile 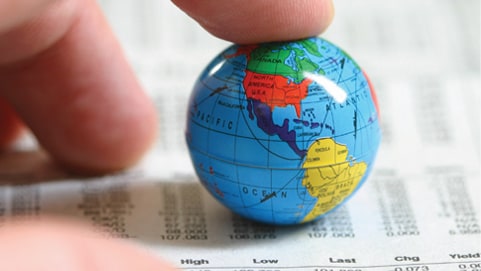 Where am I? Am I? Five o’clock wake-up calls can be real killers – especially when they wake up your wife as well. Getting up this early reminds me of how some time ago I picked up my daughter at day care. Before we were leaving her teacher told Siri she had beautiful blue eyes. “Yes,” said my daughter, “I have beautiful blue eyes, and mummy’s eyes are green and nice, but daddy’s eyes are red!” They don’t call it catching a red-eye flight for nothing.

The zombie takes a quick shower and shave – well as quick as it gets when you have to do your entire head – and a cup of java. I stopped having breakfast during my military service because you could sleep an extra 15 minutes in the morning. My dirty little secret is that, sometimes, I fake having breakfast to get the kids to eat. It is an unfunky habit in an increasingly transparent world. Some day they will call my bluff.

Six o’clock. I realize that my driver has a new car. First time off autopilot. Reflection: amazing how much stuff they can cram into a new automobile – 1 GPS, 2 DVDs, 3G phone and 4 individual CD/Radios – a rolling IT exhibition. The car is taking you out for a drive. Hy-phe-nation and individualization rule. So much communications technology that we don’t have to communicate! Read the news on my cell-phone.