Management by the (new) book

Henry Stewart credits an atypical management book with having a profound impact on his attitudes and philosophy of management.

Henry Stewart credits an atypical management book with having a profound impact on his attitudes and philosophy of management. He talks with Julian Birkinshaw and Stuart Crainer about the changes he made as a result of his reading and their benefits to his company. 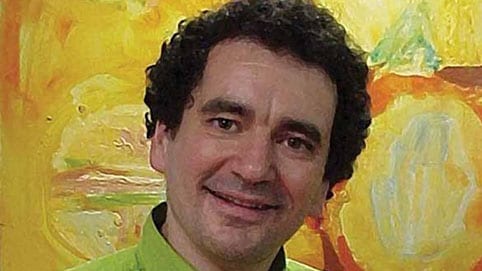 Thousands of business books are published every year. Their impact on the real world of business is as often derided as debated. Whoever ran a business, any business, by the book? Henry Stewart does. The book in question is Ricardo Semler’s Maverick! and Stewart’s London-based company is called Happy.

Maverick! (Random House, 2001) tells the extraordinary story of how Ricardo Semler unleashed a revolution within his family company, Semco. When Semler took over the Brazilian company from his father, he spent the first day firing 60 per cent of the company’s top management. Semco took workplace democracy to previously unimagined frontiers. Everyone at the company was given access to the accounting books; managers set their own salaries; shop floor workers set their own productivity targets and schedules; workers made decisions once the preserve of managers; even the distribution of the profit-sharing scheme was determined by employees. And it worked: Semco managed to buck Brazilian commercial chaos, hyperinflation and recession to increase productivity nearly sevenfold and profits fivefold.

Meanwhile, in the early 1990s, Stewart was, by his own admission, a stressed-out small businessman. He had cut his entrepreneurial teeth in the launch of a radical, left-wing, campaigning Sunday newspaper in the UK. The group behind the News on Sunday had no business background – the chief executive had previously worked on a Ford assembly line – but managed to raise £6.5 million. It was lost in six weeks.

“That’s where I learned the importance of good management,” Stewart now reflects. “It was a great irony that a company set up on humanistic principles was the worst place to work. There was endless backbiting, meetings, no clear decision making, endless blame. And so, after that and the experience of getting sacked from my next job, I decided I didn’t want to work for anyone else again. I would work for myself and work at how to create a great place to work, how to deliver great service, while being effective and principled. So the first impetus was to create a great company; and then I remember doing a chart of what I enjoyed doing, what makes money, what doesn’t.”

With an IT background and an affinity for people, Stewart settled on IT training as his niche. A couple of years later, Stewart was a typical small businessman. “I was ringing back from holiday every day to check if everything was okay, and I read a book about a company operated in the way I’d hoped management could be but never imagined