How companies operate has been established over two centuries. Is it possible for a firm to break the established rules of organisation?

Julian Birkinshaw , Stuart Crainer and Michael Mol
Business management and operation
Save to my profile

How companies operate has been established over two centuries. Is it possible for a firm to break the established rules of organisation? Eden McCallum did just that. 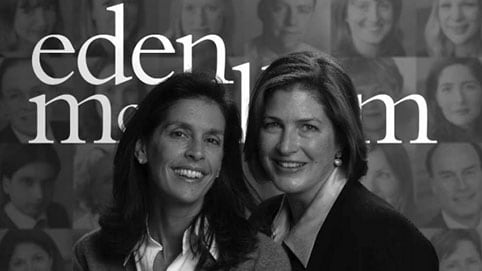 The origins of the modern firm can be traced to the 19th century. Yet the nature of business enterprises remains a constant work in progress. Over the last decade, in particular, technology has opened up a wide range of opportunities to change the fundamental shape of the traditional firm. This potential has been enthusiastically charted by commentators and academics alike. In 1998, Thomas W. Malone and Robert J. Laubacher of the Massachusetts Institute of Technology (MIT) looked at how a new kind of organisation could form the basis of an economy in which the old rules of business are overturned and big companies are rendered obsolete. Drawing on their research at MIT’s Initiative on Inventing the Organisations of the 21st Century, Malone and Laubacher heralded “the dawn of the e-lance economy” – a world where freelance workers would come together in temporary or virtual constellations rather than as traditional employees. Malone and Laubacher were not alone in predicting that technology would change the shape of organisational life.

There has been an array of variations on the theme of creating and managing virtual and networked organisations. Yet, despite continuing technological strides, the predictions of revolutionary change remain largely unfulfilled. In parallel, the 1990s saw increasing interest in professional service firms as a uniquely fertile area for discussions of organisational structures. For example, Tom Peters, a former McKinsey consultant turned management commentator, celebrated the multi-functional global teams speedily assembled by the consulting firm to tackle client problems.

Their speed and flexibility, coupled with their strongly defined culture and their ability to manage and maximise knowledge, convinced Peters that it provided a partial blueprint for how business firms could be constructed and behave in the global economy. Inspirations The London-based consulting firm Eden McCallum provides an innovative take on the nature of the firm as well as potential future scenarios for the organisation of consulting firms. Launched in 2000 by Liann Eden and Dena McCallum, Eden McCallum is a network-based consulting firm. Rather than having a large headquarters and all the overheads associated with a conventional consulting firm, Eden McCallum retains a minimal central staff and utilises a network of freelance consultants. Eden is a former McKinsey consultant who also held international marketing roles at Unilever and Siemens. McCallum was formerly an international vice president and director of planning and strategy for the publisher Condé Nast – as well as being a former McKinsey consultant.

The inspiration for the firm began when McCallum was working at Condé Nast and Eden was working at McKinsey. McCallum realized that her budget did not stretch to hiring one of the big-name strategy consulting firms – McKinsey & Co., Boston Consulting Group, Bain or Booz Allen Hamilton – but she still needed that calibre of support. Eden observed that many strategy consultants, particularly in the dotcom era, were reassessing what they wanted from their work – and flexibility and control were key. Soon after, the former INSEAD MBA classmates came up with the idea of creating a pool of experienced, independent consultants. Six years later, turnover of the company is over £10 million and it has delivered more than 300 projects. The firm has grown by more than 80 per cent per year. It now has 24 full-time staff and around 200 freelance consultants, making it the second biggest strategy consulting company in London after McKinsey.