Can a case to be made for managers to become less risk-averse or even act in a manner contrary to conventional ...

Can a case to be made for managers to become less risk-averse or even act in a manner contrary to conventional wisdom? Jules Goddard and Tony Eccles suggest that may be the best strategy during economic turmoil. 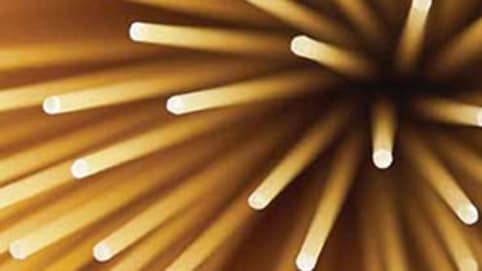 Carluccio’s, the Italian cafè chain founded by Antonio Carluccio in the early 1990s, is not the least fazed by the financial crisis engulfing the restaurant trade. Against the background of the credit crunch, a second successive year of dreadful summer weather (25 per cent of its restaurant seating is outside), huge cost pressures driven by double-digit food inflation, and a strengthening euro, the company surprised the City in early December 2008 by announcing that it planned to open five new restaurants in 2009. Stephen Gee, the executive chairman, observed that, “The economy faces challenging times in the months ahead but our unique, debt-free, all-day trading business model allied with competitive pricing and relentless customer focus should stand us in good stead.” With nearly £4 million in cash at the end of the year, Gee will be taking advantage of his rivals’ misery by buying up and converting cut-price properties into fashionable Carluccio restaurants. Not for him the pessimistic adjustment of forecasts simply because the economy might be going through a spot of bother.

By contrast, Whitbread, owner of the fast-growing budget hotel chain Premier Inn, has slashed its expansion budget for new hotels in 2009 by onethird to £200 million, despite strong occupancy levels, year-on-year sales growth of 8.5 per cent, and business account card customers up by an industry-beating 16 per cent. Alan Parker, Whitbread’s chief executive, recognizes that the hotel chain is in “a great sweet spot” to take advantage of difficult economic conditions. Throughout the country, many people, particularly businessmen, are trading down by £30–£50 to the much more economical room rates offered by Premier Inns. Nevertheless, Parker feels that it would be “sagacious” to cut back on the pace of expansion.

In miniature, this is a parable for our times. Here are two top executives, both running superb businesses, both enjoying high levels of profitable growth in 2008, and both justifiably proud of yearon- year sales increases, but each of whom is pursuing a dramatically different strategy as he formulates his capital investment plans for 2009.

Alan Parker is playing safe. His style is much the more cautious, careful and circumspect. Facing potentially the worst recession in 50 years, he doesn’t want to risk his business becoming overextended. Better, much better, to be safe than sorry. For him, discretion is clearly the better part of valour. With almost every other company pulling back and exercising restraint, he would seem to feel more comfortable being in line with common sentiment than taking a radically independent line. Now is not the time to be taking financial risks. However well positioned his own business might be to capitalize on the recession, he prefers to take his signals from the state of the economy as a whole.

By contrast, Stephen Gee seems to be seeing nothing but opportunities in the turmoil. Buoyed by the success of 2008, he can only imagine 2009 being even better. Adopting a deliberately “carefree rather than careful” strategy, he is focusing exclusively on the benefits that his own company in its own immediate sector might be able to draw from the difficulties facing his direct competitors. He appears to be sublimely indifferent to prospects and difficulties in other parts of the economy. By deliberately turning a blind eye to the bigger picture as wholly irrelevant to the fortunes of his own business, he prefers to focus on opportunities closer to home, such as property bargains. It is as though he sees the overall state of the economy as neutral and impartial, neither favourable nor unfavourable generally, but simply throwing up opportunities continuously for the alert and brave entrepreneur to spot and exploit. For him, downturns offer the same number and quality of business opportunities as upturns, provided that one actively seeks them out and invests in them. As a natural contrarian, he seems to relish going against the grain.

Of course, no one can predict the outcome of these two very different strategies. Both may create value. Both may destroy value. One of them may dramatically outperform the other. What we can say is that they both go well beyond the facts of the situation. Neither of the protagonists would want to claim that his strategy is based upon a watertight and infallible business case. Like all strategies, particularly in turbulent times, they are highly speculative. And their logic has as much to do with the character of the strategist as with the state of the economy. Strategies are always judgement calls.