Lord Browne
Leadership
Save to my profile 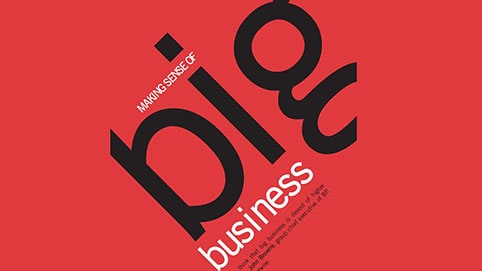 In a world now filled with depressing news stories like the Enron debacle, many of us who lead major corporations are asking anew: “How can people make sense of big business?”

The issue that first triggered my interest in the subject is an uncomfortable topic for big business: our own unpopularity. In 2003, following the string of corporate scandals in 2002, the World Economic Forum asked 36,000 citizens in 47 countries to rate their level of trust in 17 different institutions “to operate in the best interests of society”. The results from this global snapshot were unequivocal. Big businesses are the second least-trusted institutions, only surpassed in perceived untrustworthiness by parliaments.

Opinion poll surveys tell a similar story. In the UK, MORI found, in the late 1970s, that the British public agreed by a margin of two-to-one that the profits of large companies helped their customers. Now they disagree by two-to-one. In the US, the Gallup poll on the honesty and ethics of US institutions and the Harris poll on confidence in leaders of institutions both show a gradual decline in business standing over time. Big business now stands toward the bottom of the pile, on a par with law firms and the US Congress, just slightly better than used car salesmen. Private polling commissioned by BP shows low approval ratings for business and business executives, particularly in the US and UK. The oil and gas industry, for instance, seems to inspire an extraordinary level of mistrust: recent polling across the US, UK, Germany, and France reveals that 72 per cent of respondents believe oil companies manipulate supply in order to raise prices.

But these beliefs can’t, and shouldn’t, be dismissed. They have become stronger over time, fuelled by every example of imperfect behaviour in business. And, of course, there is imperfect behaviour because business is a human activity. But the belief that all, or most, of big business is a negative force is a problem for all of us. It makes it harder to attract talent and to take the risks that are a necessary part of business, and it creates an environment conducive to increasing regulation and control. This in turn poses a problem for society as a whole, since business, through its investment, wealth creation, and diffusion of knowledge is the main source of growth and progress.

If growth and innovation were driven solely by entrepreneurs and small businesses, the unpopularity of big business might not be a great concern. But this is not the case. Size gives big business the capacity to change things. Big business has the financial resources and the presence to make the large investments, and also to take the large risks of investing in new technology, and new markets. Big business is needed to meet growing global needs at a reasonable cost.

I am not saying that big business should take over the world. We are just one part of society. In fact, the 100 top companies’ share of world GDP has been fairly constant at around 4.5 per cent over the past 20 years. But if the unpopularity of big business leads to greater restraints, then the part of society which is the leading agent of change, which is capable of transferring knowledge across the world very quickly to provide new products in new markets, will be less effective. That would pose a serious threat to the whole process of economic growth and human progress. Why did this mistrust arise? Many explanations could be proffered, but I think the basic source of mistrust in business is simpler: big business is difficult to understand.

The bigger it is, the more difficult. And institutions that are difficult to understand, and which are large and powerful enough to influence people’s lives, are constantly vulnerable to mistrust.

So what should be done? What can business do to correct and improve its reputation? Firstly we need an explicit philosophy of business. By a philosophy, I mean two things in particular: a view of what business is for, its purpose – and a view of how business should be done, its behaviour.

The purpose of business is to generate a profit by satisfying human needs. This statement looks simple, but there is complexity hidden within. At a minimum, it assumes two sophisticated social institutions: a form of market mechanism for translating needs into prices, and a capital market which provides finance in return for profits.