Lord Beaverbrook, newspaper proprietor and politician (1879-1964), rose from humble beginnings in Canada to fame and notoriety in the UK.

Lord Beaverbrook
Leadership
Save to my profile

Lord Beaverbrook, newspaper proprietor and politician (1879-1964), rose from humble beginnings in Canada to fame and notoriety in the UK. But his business acumen was never quite matched by the political success he craved. 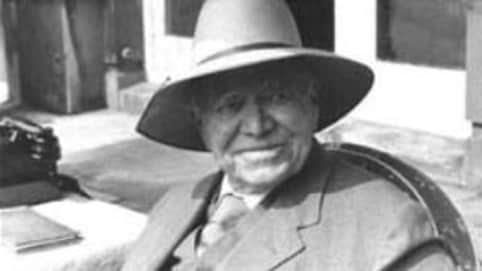 Born the son of a poor Presbyterian minister in Northern Ontario, Canada, William Maxwell Aitken was brought up in the town of Newcastle, New Brunswick. It was a religious upbringing in austere surroundings. But while his father may have been a minister, Aitken was the pupil most acquainted with the schoolmaster’s strap. His teacher described him as “the wildest imp of mischief I ever knew”, adding tellingly “but a born leader of men from the day he left the cradle”.

After failing to get into college, Aitken became a clerk for a local barrister. In 1897, he became involved in politics, helping future Canadian prime minister Richard Bedford Bennett win a seat on the Legislative Assembly of the Northwest Territories. Moving to Halifax in 1898, he made friends with a leading businessman, J P Stairs. Stairs and several other investors formed the Royal Securities Corporation and put Aitken in charge. Soon he had set up a number of companies with wide-ranging interests, both in Canada and abroad, moved the company to Montreal and, by 1906, was worth a small fortune.

Aitken’s biggest deal in Canada was to consolidate the cement industry and create a cement trust. Lord Beaverbrook, newspaper proprietor and politician (1879-1964), rose from humble beginnings in Canada to fame and notoriety in the UK. But his business acumen was never quite matched by the political success he craved. Resourcebusinesslives Lord Beaverbrook: mischief and leadership Although the deal made him even richer, it also made him some powerful enemies. Sensing that sentiment was turning against him, Aitken made the decision that would set him on the path to his career as a media baron. In 1910 he moved to England.