Is leading really all about relating in an extraordinary way? Anthony Landale thinks so.

Anthony Landale
Leadership
Save to my profile

Is leading really all about relating in an extraordinary way? Anthony Landale thinks so. 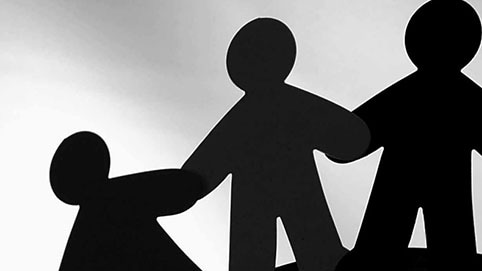 Finding a list of competencies for leaders is easy. But how many “leaders” get high marks for having the required competencies yet fail in leading an organisation? It’s time to accept the reality that it isn’t competencies that determine success but rather how well leaders build big relationships with colleagues and teams.

But it is exactly this question of how that is so elusive in developing leaders. We know that EQ, or emotional intelligence, is vital. We know that leaders need to be able to engage their people. We know that teams are the building blocks for organisational success, especially in global enterprise. But how exactly does a leader move from cordial companionship to igniting a relationship that is both personally fulfilling for all and the springboard for widespread business success?

Most people think that relationships are built around common interests and shared values between two or more people. This isn’t inaccurate, but it’s a limited perspective. When you are talking about building big relationships, you are focusing on something much more catalytic and inspirational.

The easiest way to explain this is to consider what your own best relationships are like, either in or out of business. When you think of someone with whom you have a great relationship, you will probably be aware that they energise you, that you welcome their ideas, and that you might even walk through fire for them. Then compare that to a relationship you have with someone whom you don’t respect, who means little to you – or who drains you when you meet them. You get the point. The big relationship has an excitement and a commitment to it, and it appears that successful leaders are beginning to realise that this is a foundation from which they can make real breakthroughs.

Dominic Turnbull of the McLane Group is an international coach who is a passionate believer in the transformations that can occur when leaders dare to put relationships at the heart of their approach. One of his clients is Attila Akat, a marketing director with Unilever’s HPC division (Home and Personal Care Products) in Africa.

“The first piece of work that I conducted with Attila was some six years ago when he was leading a marketing team in Rotterdam,” said Turnbull. “One of the common issues faced by big companies is to help their key teams to make step changes, and Attila’s director had invited me into the business to work at this edge. More specifically I was looking at how the relationships between the leader and the team might be improved. The approach I used was to get the team to see that they could create their own culture based around more honesty and openness; and this started with the leader asking for real-time feedback, in the room, from his people.

“In my experience nothing electrifies a room like asking people to say what they are thinking and feeling, to each other, in the moment. And what came out of this workshop was an extraordinary amount of personal sharing; and, probably for the first time, people beginning to listen to each other differently, see each other for who they were and start to care for one another. It was the beginning, for this team, to see that a different possibility was within their grasp,” he said.

As a direct result of this relational approach, Akat then invited Turnbull to run a similar workshop for his own team because he had seen that when people feel understood and valued, it makes a massive difference to the energy they bring to their work. Out of this initiative he found that, as he had hoped, his colleagues began to build higher levels of trust with one another. They were becoming committed, in a significantly different way, to each other’s success.

“The workshop we ran couldn’t be described as training,” explained Akat. “It was about engaging people in the team much more dynamically than that. The work focused on who we wanted, and needed, to be for each other; it allowed us to create a team that was motivated, supported and had real momentum. People from other functions started to comment on this being a team that knew how to have fun as well as create success; and that, I believe, was entirely based around the relationship conversations we were having. At a time of great change, one of the challenges for leaders is to keep people in a team both enjoying what they are doing and moving forward fast. This work helped us to do that.”

When Akat moved on to his next role in Unilever, he replicated the same relational emphasis with his new team. “Let me give you an example of how this work impacts on individuals,” he explained. “When I started in Hamburg, I had one member of the team who was ready to quit. His confidence was low; he was very introverted and had no passion or pride in what he was doing. He was a flower that was almost dead.

“But by working with him at the level of personal relationship, I helped him to see what else might be possible. This took quite a lot of coaching and feedback; but, bit by bit, he began to see himself as someone with a real future in the organisation. He needed commitment from me, his leader, and support from his team to recognise this; but as a result of such input, he got his confidence back and fully realised how much he was valued.