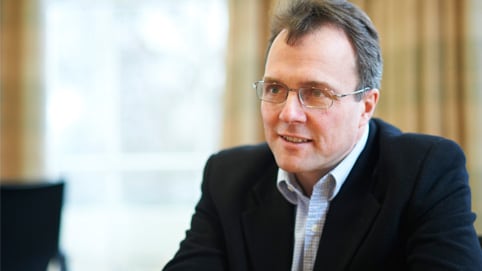 Interim executive roles seem to be proliferating. Blackberry appointed John Chen as its interim CEO, and Northern Ireland Water announced that its interim CEO would stay in post while the board tried, for a second time, to find a permanent replacement. Other large companies, including AstraZeneca, have had interim CEOs in recent years. And of course these public announcements just scratch the surface of a booming market for interim work at all levels, and in all sectors of the economy.

There are many types of interim executive – some are hired to do a very specific job, perhaps a turnaround or sale, some are provisional appointments that may lead to a full-time position, others are simply filling a hole. My particular interest in this column is with the latter type – the interim executive who is brought in to do a particular job, but without any specific mandate, until a permanent appointee can be found. And these ideas apply as much to the mid-level interim as they do to the CEO-level appointee.

What sort of person do you want as an interim executive? It is often said that good interims are flexible and responsive; they are fast-learners with a broad range of skills; and they are high-energy people, able to put in long hours when needed.

All these points are probably true. But my focus here is on some of the softer features of what makes a successful interim executive, features that often get overlooked when drawing up the profile for the type of person you are looking for. These observations are based partly on my research, but also partly on personal experience:  twice in the last decade I have seen interim Deans come in as heads of business schools I have been working at, and do a better job than the formally-appointed Deans that came before or after them. What made these interim executives successful? Three things stood out.

First, they were focused on getting things done; on making the trains run on time. One arrived when an important initiative was stalled, so he worked to remove roadblocks and to bring stakeholders in line to support it. The other spent a lot of time finding the resources to help faculty, brokering conversations between warring factions, and allaying the concerns of unhappy students.

Second, they had no personal agenda, no grand vision for the business school they were running. This meant they didn’t feel compelled to force their point of view on the people around them - making for a better working environment all round. Of course, there are times when you need a big strategic plan –when the market is changing rapidly or when your organisation is in trouble – but these occasions are rare. Most business organisations today (the big banks for example) simply need a clear and consistent implementation plan.

Third, they were genuinely intent on working themselves out of the job. These individuals were academics who wanted to get back to their research.  So they worked hard to recruit able deputies, and they gave these people as much responsibility as possible – which helped to bring the best out of them.

In my view, these two interim deans were successful because the short-term nature of their appointments steered them towards a very desirable set of behaviours. They were coaches and facilitators, seeking to get things done by enabling collaboration and initiative; they downplayed their own egos, in favour of supporting the existing direction set by their predecessors; they actively delegated work and sought out and promoted talent people.

Think, for a second, about what you are looking for in your own boss. My guess is you would draw up a list that closely resembles what I have described here. Unfortunately, the business world continues to celebrate charismatic leaders who do the exact opposite. There is a place for domineering bosses – during a crisis for example — but they are seldom successful for long periods of time, neither are they much fun to work for.

In a strange way, interim executives are the models of modern management because they are only there for a short while. Remember the Hippocratic Oath: first, do no harm. Every executive, whether interim or permanent, should have these four words etched on the back of their iPhone. So when starting a new job, your first priority is to figure out what is already working, without your input, that needs to be maintained. Then, plot the minimal number of interventions you need to make to sort out the problems. In the world of management, less is more. As an interim executive, this type of thinking probably comes naturally to you. But it’s also a useful discipline for any executive to bear in mind when moving into a new role.

In fact, given all these benefits, I think companies should be a bit more creative about the way they move people into and out of executive roles. I would like to see companies putting term limits on executive appointments, and enforcing more frequent moves. I would also like to see more companies embrace the logic of a professional partnership where the leader is a first among equals, not a boss. These types of initiatives would serve to remind executives that their role is to serve the organisation, not the other way round.