Can the techniques used by managers to create innovation inside organizations work with global change? Costas Markides talks with Stuart ...

Can the techniques used by managers to create innovation inside organizations work with global change? Costas Markides talks with Stuart Crainer about his latest research. 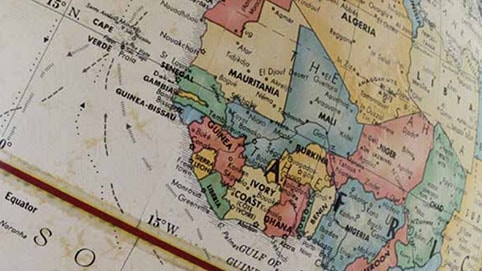 What projects are you working on now?

I’m working on two books right now. The first concerns how established companies respond to the invasion of a disruptive business model in their industries. How should, for example, a traditional airline company respond to the competitive challenges of a Southwest Airlines or a Ryanair? How should traditional newspaper companies respond to online distribution of news? These business challenges fascinate me. What I found, because I’ve looked at about 150 traditional responses by established firms, is that the most successful way to respond to such challenges is by disrupting the disrupter. Instead of trying to do what a competitor does – and do it better, the companies that are really successful look at the disrupter and determine what they can do to disrupt them. I’m describing in this book exactly what the disruption is all about and what it takes organizationally to address it.

Before we talk about your second book, can you give an example of such disruption?

Surely. Look at Nintendo and its successful Wii product. Nintendo was a traditional established competitor in the electronic game business, which took off after 1975. In the 1990s and the early 2000s, Sony and Microsoft attacked Nintendo’s lead with Playstation and the Xbox. Their competitive threats reached such a stage in 2005 that people were saying that Nintendo, a pioneer of console games, should completely get out of the business. What did Nintendo do? Instead of trying to develop games like those of Sony and Microsoft and attempting to be better at it than they were, Nintendo came up with the Wii, a non-traditional product that emphasizes entirely different dimensions of electronic games – for example, being able to “play golf” by standing in front of a television screen and swinging an imaginary club. Instead of emphasizing gory graphics and violent themes, Wii emphasizes simplicity. Instead of endorsing the idea of kids playing games alone in their rooms, Nintendo encouraged a family environment in which kids and their families can play and exercise together. It’s a strategy that has disrupted those of Microsoft and Sony.

Yes. What you see again and again is a disrupter coming in with the same product as the established companies but emphasizing different product attributes. The disrupter says, in essence, “I am good enough at what the established company is doing, but I’m also better in something else; so what I’m proposing is that the best way to go against them is to never do what they do. Be better by being different. You cannot out-Xerox Xerox. Don’t play the competitor’s game (although this is what most companies do). Instead, go disrupt them by finding some completely new way to go after them.”