How in the world

We may think of management as a recent phenomenon, but its roots lie in the first organizing activities of our ancestors. Stuart Crainer ...

We may think of management as a recent phenomenon, but its roots lie in the first organizing activities of our ancestors. Stuart Crainer looks at the emergence of management as a profession. He finds that the road to modern management leads to a paradox. How do we change that? 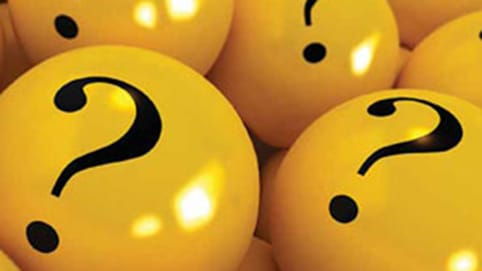 Every day, no matter where they are in the world or in what organization, workers face a troubling but constant question: how? How can they meet the deadline? How can they squeeze the agenda into a one-hour meeting? How can they raise the morale of the team member exhausted by family concerns? How can they talk to their boss about his behaviour?

The question has been asked since time immemorial and lies at the heart of the modern discipline of what we know as management. The last century witnessed the dramatic genesis of management – management emerged as a profession. It has moved from an unspoken, informal, ad hoc activity into one that is routinely analysed and commented on from every angle possible. Management has emerged from the shadows to be recognized as one of the driving forces of economic and personal life. Nothing – no organization, no activity – now appears beyond the scope or ambition of management.

While management came of age during the 20th century, it would be foolish to suggest that it did not exist prior to 1900. Management has been practised since the very dawn of civilization. But only during the last 100 years has it been recognized, categorized, monitored, taught and formalized. Over this period, management has often been narrowly defined as an activity that takes place in business. As the great management thinker Peter Drucker pointed out, this does management a disservice. Management applies to more than the world of business. Indeed, Drucker argues that the creation of “city managers” early in the 1900s was one of the first occasions in which management, as it is now understood, was applied to a particular job. Management is as appropriate in local government as it is in a multinational corporation. Management is as at home in politics and government as it is in health care and hospitals. It is as useful in sports (coaching is, in essence, managing) as it is on the factory floor.

Managers abound Management is all-embracing, and managers are everywhere. “There are, of course, differences in management between different organizations – mission defines strategy, after all, and strategy defines structure. But the differences between managing a chain of retail stores and managing a Roman Catholic diocese are amazingly fewer than either retail executives or bishops realize,” says Drucker. “The differences are mainly in application rather than in principles. The executives of all these organizations spend, for instance, about the same amount of their time on people problems – and the people problems are almost always the same.