Climate change is, according to Michael Blowfield, a reality that business leaders must not just accept. They must also be at the ...

Michael Blowfield
Sustainability
Save to my profile

Climate change is, according to Michael Blowfield, a reality that business leaders must not just accept. They must also be at the forefront of solving this global crisis. 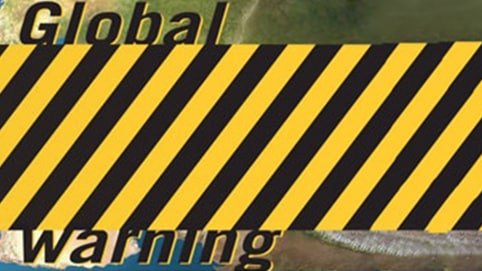 It is summer, and chances are someone you’ve spoken to lately has talked about the weather while mentioning climate change. It won’t matter what the weather is – too hot, it’s global warming; too wet, that’s changing weather patterns; same as it ever was, that just goes to show climate change is codswallop.

And now climate change is hitting the corporate consciousness as hard as it has hit the public mindset. Companies are generating visions of new product opportunities tied to climate concerns or are discussing concerns about what new regulations (such as emissions targets) will mean for business. Corporate interests might be derived from a recognition that a lot of human carbon emissions (“anthropogenic interference”, to use climate change vernacular) come from costly inefficiencies that can be put right while simultaneously adding to the bottom line. Or companies may have just reached the point at which they can more fully accept that climate change is linked to the fiduciary obligations of management. For example, the reinsurance industry was a forerunner in realizing climate change would fundamentally redefine risk and opportunity, and companies from Shell to Aviva to HSBC have sought to become credible players in carbon policy debates.

In 2008, McKinsey & Co. joined those claiming that the reductions in greenhouse gas emissions the scientists say are needed will drastically affect the future value of companies, as factors such as consumer behaviour regulation and technical innovation bring value-creating opportunities to some while posing competitive threats to others. Yet, for all of the urgency implied by the scientific consensus on climate change (or warnings by McKinsey), corporate change so far has been painfully slow.

Why is business falling short? There is plenty of blame to go around. Initially, there was denial and obfuscation – sometimes with industry, scientists and politicians in cahoots or, worse, talking past one another. Based on the weight of the evidence I have studied, there is little doubt that unprecedented anthropogenic interference is affecting the climate. Although there are still differences of opinion about what this means, it means at least this: mankind and the business world have affected the environment in an insensitive and destructive way. Even business leaders with the most ideological resistance to owning up to their share of the problem are finding the will to rethink their positions. Of course, sometimes the regulatory environment in which they operate encourages such rethinking. By and large, it’s still relatively easy for managers to think of climate change as a long-term issue that they can react to in due course.

Why are we so far from realizing the kind of accelerated transformational change in the business world that climate change demands?