John Mullins examines the factors critical to success in business and their implications for building successful entrepreneurial teams.

John Mullins examines the factors critical to success in business and their implications for building successful entrepreneurial teams. 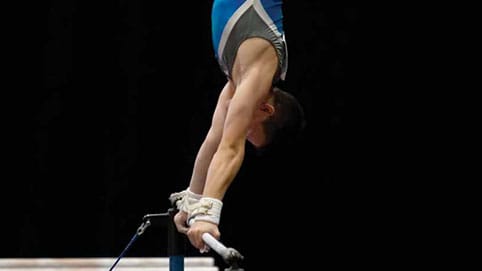 Just as physical fitness is fundamental to an athlete, so every entrepreneurial venture has its fundamentals – a superior product or service, an efficient supply chain, motivated people and so on. These are the basics without which no business can survive for long. In the sporting world, the top tennis players, the footballers in the World Cup and the runners on the starting line of an Olympic marathon are superbly fit. Fitness is required. But it takes more than fitness, of course, to win a Wimbledon title or an Olympic medal.

So, what separates the great athletes from the good ones? The great ones consistently meet the critical success factors for their chosen sport, whether they are speed, balance, eye-hand coordination, tactical savvy or something else. An ability to execute on these critical success factors is the difference between great and almost great. Might the same be true for entrepreneurs?

Some sources of variation in the performance of young companies, such as having patent protection or organizational processes and capabilities that are not easily imitated, have been noted in the literature on sustainable competitive advantage. But my research suggests that there’s something else that can account for such variation. That “something else” is a management team’s ability to execute on the few critical success factors – no more than a handful, usually – that account for much of the difference in performance in companies within an industry.

Just as in sports there are a few key attributes that separate the great from the good, the same is true in entrepreneurship. A key difference between winners and losers is that the winners figure out the factors critical to succeeding in their particular industry and then build their teams accordingly. The losers either do not identify these critical success factors or do not possess a team capable of delivering on them. Even in relatively unattractive industries – such as airlines or retailing – some companies perform quite well, while others are left in the dust. Entrepreneurs who succeed in those difficult industries have been able to identify the critical success factors specific to their industry and assemble a team that can execute on these factors

“How do I determine the critical success factors (CSFs) for my industry?” you may ask. “Are the answers found in the trade press, on the Internet or in strategy textbooks?” No, unfortunately not. Knowledge of the CSFs for an industry resides in the experience of those who have learned – often the hard way – which things must be done right. Whether you have such experience or you must access that of others who have it, there are two key questions to ask to identify your industry’s CSFs:

In retailing, the industry in which I spent much of my business career, the CSF is, as they say, location, location, location. Retailers in great locations can get other things wrong and still perform well, at least for a time, while they figure out the rest of the puzzle. Those in poor locations, despite doing most things right, often struggle to survive. That’s how powerful CSFs are. As Starbucks’ Howard Schultz recalls of the company’s early days, “Our process of site selection was enormously time-consuming, but we couldn’t afford a single mistake. One real estate error in judgement would mean...a minimum of a half million dollars at stake.” The Starbucks team apparently selected well, for he continued, “Of the first 1,000 stores we opened, we opted to close only two locations because of site misjudgements.”

To identify the CSFs in your industry, ask the two questions above of 15 or 20 thoughtful, successful entrepreneurs and executives in your industry. You’ll get a variety of answers, of course, but a consensus will likely emerge on the same few themes. That’s what you are looking for.