The White House committee report on BP’s Deep Water Horizon rig disaster: the systemic failures are even wider than the committee ...

The White House committee report on BP’s Deep Water Horizon rig disaster: the systemic failures are even wider than the committee acknowledges 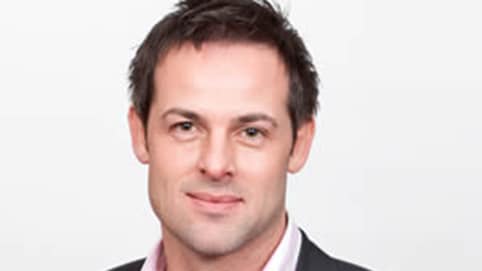 This week’s preview of the report of the Presidential Commission examining the oil rig disaster in the Macondo well in the Gulf of Mexico draws a sharp and clear conclusion about its cause and who is to blame: it is the systemic failure of management; at BP, its partners and subcontractors Transocean and Halliburton. At the end, it also places a bit of guilt on the US government, which provided inadequate regulation and resources.

The report is to be applauded – or at least the part pre-published – for its clarity and thoroughness, and for recognising the complex and systemic nature of the cause. However, what it fails to recognise is that the structural failure of management is embedded in an even wider context, namely how in our society we run our economies and corporations. Given this wider economic context, it is inevitable that similar disasters – of similar apocalyptic proportions – will happen in the future.


Strikingly, when reading the report, the parallels between this debacle and other corporate disasters of the recent and more distant past are stunningly clear. Many of the descriptions of how the oil rig disaster unfolded, as well as the reports’ conclusions, for example, could word for word have been taken from reports on the Union Carbide gas disaster in Bhopal in 1984. Swap some names and dates and a few technicalities and the various reports’ descriptions of a lack of a top-down safety culture, design errors, break-down of communication, and the influence of cost-cutting, and so on are near identical. And that tells us something; if alone that this is unlikely to be the last disaster of its kind that we are going to witness.


In fairness, the committee has done well to resist the common temptation, when looking at things superficially, to name and blame a particular party, or even a particular person, like the Obama government, which clearly could not avoid the same temptation in the weeks following the disaster, explicitly and exclusively heaping blame on BP and its CEO Tony Hayward in particular. The same happened to Warren Anderson, Union Carbide’s hapless CEO in the 1980s, whose extradition for manslaughter charges is still being sought by the Indian government.

And I am sure these companies are to blame, and their CEOs do carry responsibility for the disaster, but to name and shame them as the sole cause of the misfortune seems a dangerous oversimplification.

Professors Gabriel Szulanski from INSEAD and Sid Winter from the Wharton School, who examined corporate disasters, wrote about this “When people try to explain a disaster after the fact (an accident in a nuclear plant, for example), they are typically under pressure to name a relatively simple cause so that existing policies can be revised to prevent similar events in the future”. We are eager to find a culprit, and someone to blame, and the CEO of the offending company is the most logical and easiest target for our tar and feathers.

But, as the Presidential Committee rightly concludes “the root causes are systemic”, representing an “overall failure of management”, rather than the actions of a particular individual or even a particular firm. When you analyse the lack of communication systems, safety culture, inadequate decision making processes, and so on, a disaster – somewhere at some point – seemed inevitable and the proverbial accident waiting to happen.

The anthropologists Anthony Oliver-Smith and Susanna Hoffman, who examined a variety of man-made disasters, concluded about this “a disaster becomes unavoidable in the context of a historically produced pattern of vulnerability”. And that is what we saw at BP; a pattern that produced a situation that at some point was going to go off the rails. Hence, the committee is certainly right that “the missteps were rooted in systemic failures by industry management (extending beyond BP)”.


Where the report falls short, however, probably also because it extends the scope and vision of the committee, is recognising that the way BP, Transocean and Halliburton are managed is the logical consequence of how the world of business operates and is organised in our society. The report for example concludes, with ample surprise and indignation, that safety was not the firm’s top priority. Well, of course it is not, I’d say, because in today’s society we tell our companies that their top priority is shareholder value.

Now, certainly this disaster did not do the shareholders of BP much good, but the point is that, in financial terms, there is an optimal risk-return trade-off to be made. And all BP did and has been doing is to optimise that trade-off for its shareholders – precisely as we expect them to do.

Whenever I ask a group of executives to whom the ultimate responsibility of a company is they proclaim in chorus “shareholders” – some of them even get annoyed if not angry by questioning that very assumption. Because that is what they are supposed to do: maximise the value of the corporation for its owners. And, as said, that implies making risk-return trade-offs. The tricky thing is of course that such trade-offs inevitably at some point somewhere down the line lead to something going seriously off the rails.

In fact, the way we remunerate top managers – including Tony Hayward – is largely through stock options. The only reason to so abundantly use stock options (and not, for instance, stock) is that they stimulate top managers to take more risk. And the world of business and our stock markets in specific are organised in such a way that we believe that that is what we want: top managers who take risks. We applaud them when it goes well, but we vilify them when it goes badly wrong, although that’s simply the other, inevitable side of the same risky coin.

Of course, oil disasters are the type of risk we would like them to avoid, but governance mechanisms such as stock options simply stimulate risk taking and do not discriminate between different types of risk. Research – by professors Gerry Sanders from Rice University and Don Hambrick from Penn State – confirmed that CEOs with more stock options take more risks, but they also experience bigger losses. Furthermore, research by professors Xiaomeng Zhang and colleagues from the American University of Washington showed that option-loaded CEOs are more likely to engage in earnings manipulations. Clearly these are not the risks we want CEOs to take, but they are the logical consequence of the way we remunerate them. We ask and reward them for taking risks, so they do.


‘But I did not ask them to take more risk’, you might think. But yes, you probably did. Perhaps not directly, but indirectly; very likely. Individual investors select shares with the highest return and track record, consumers select the bank with the best rates, your pension fund invests your savings in companies with the highest risk-return trade-off, and so on. By selecting the best returns, we stimulate those companies to optimise their own risk-return balance. As individuals, we just look at the financial results, and seldom query how they came about.

But at least we are in good company; following the recent banking crisis, even the Church of England was found to have invested in the same financial instruments they so heavily criticised after the collapse of the financial system. However, you just cannot have your cake and eat it too. If we design a system in which firms are expected to maximise shareholder value and CEOs are stimulated to take risks, some of the investments are going to go wrong. And both Union Carbide in Bhopal and BP in the Gulf of Mexico were clearly investments that went wrong.

So the White House committee was right; the Deep Water Horizon rig disaster was caused by a systemic failure of management, but the system surpasses that of the three companies involved. As a matter of fact, whether you analyse the cases of Enron, the old Barings Bank, Lehman or the Royal Bank of Scotland, similar conclusions would be drawn. All these firms and managers operated conditioned by the economic context in which they operated. And since the Presidential Commission is unlikely to change that very context, we will be facing more such corporate disasters of the same kind at some point in the future.