The world of strategy is caught between the delights of core competencies and the reassurance of Porter’s Five Forces. All that may ...

The world of strategy is caught between the delights of core competencies and the reassurance of Porter’s Five Forces. All that may change, says Des Dearlove, with the publication of W Chan Kim and Renée Mauborgne’s groundbreaking Blue Ocean Strategy. 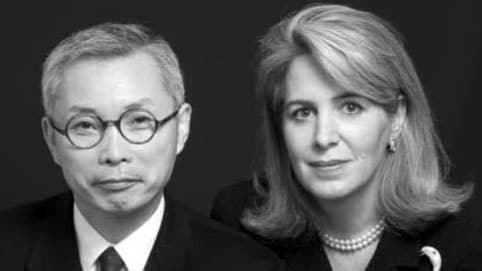 To many in the business world, strategy formulation remains the pinnacle of corporate endeavour. Yet, as business becomes ever more competitive, and growth more elusive, strategy is often little more than a call to reform ranks for the next bloody battle. Orthodox strategy is all about beating the competition – literally, to death.

It is no coincidence that strategic plans are couched in warlike notions. They exhort companies to seize competitive advantage, battle over market share, and struggle for differentiation. The trouble is that if the opposing army is doing the exact same thing, such strategies often cancel each other out or trigger immediate tit-for-tat retaliation. Strategy quickly reverts to tactical opportunism. As the German Field Marshall Helmuth Carl Bernard von Moltke memorably observed: “No battle plan ever survives contact with the enemy.” So where should companies turn for a more innovative approach to strategy?

Blue Ocean Strategy claims to hold the answer and, along the way, challenges everything you thought you knew about strategy. The authors, W. Chan Kim and Renée Mauborgne, argue that cut-throat competition results in nothing but a bloody red ocean as rivals fight over shrinking profits. Based on a study of 150 strategic moves spanning more than 100 years and 30 industries, they argue that lasting success comes not from battling competitors, but from creating “blue oceans” – untapped new market spaces with high growth potential, something they call value innovation.

Before diving into the blue ocean it is worth looking around from the diving board. The vista is clear. Those in search of strategic inspiration have traditionally had two alternatives. Either, they started with their industry as the basic strategic building block, or with their company. The former led them towards Michael Porter’s Five Forces framework which focuses on industries; while the latter inclined them towards Gary Hamel and CK Prahalad’s core competencies which focuses on companies.

Over the last two decades a great deal of intellectual energy has been expended on refining these two worldviews. Yet, both view the world from a purely competitive stand point – they see strategy as a zerosum game. According to Kim and Mauborgne there’s also an intellectual irony underlying both. “There’s no such thing as a permanently great company or a permanently great industry. All industries rise and fall as do companies,” they explain. “However, there are permanently smart strategic moves.”