The One Minute Manager virtually invented the business book genre.

The One Minute Manager virtually invented the business book genre. Twenty-one years after its publication it has sold 10 million copies – and is still selling. 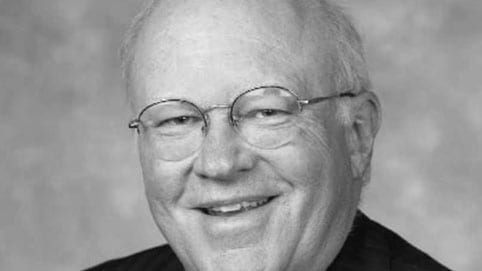 Co-author Ken Blanchard has since written countless other books – everything from Gung Ho! to his latest, Full Steam Ahead! – many of which have also reached the best-seller lists. Blanchard is chief spiritual officer of Blanchard Training and Development, which has offices worldwide and over 200 employees. He is also founder of the Golf University, which applies some of his theories to his favourite game. Blanchard talked to Stuart Crainer.

How does a chief spiritual officer spend his time?

I think it is preferable to being called chairman of the board. My job is the vision and energy part of the business. What do I do all day? I leave a voice mail for everyone in the company every morning. I talk to people and find who we should pray for and who we should praise, the unsung heroes. I then come up with a motivational thought for the day. I have been doing this for five years and it is a wonderful way to start the day. I got the idea from Max De Pree, ex-CEO of Herman Miller, who identified his main role as providing vision. He compared himself to a third-grade teacher continually repeating a message.

You are critical of the values being practised in the business world.

Yes. We need a major values shift about why we’re in business – which is to serve customers and create opportunities. Wall Street thinks it’s all about making money but we’re not here to serve our own agenda rather than to help others. There are too many self-serving agendas out there among our leaders. At some point people need to say enough.

There is a difference between earthly success and spiritual significance. How much money do those people need? There is nothing wrong with wealth, recognition, power and status per se but there is something wrong if you identify who you are by them, if you get up every day and your self-worth depends on them. The speed of life encourages people to be self-centred. We make more decisions in a month than our grandparents did in their lifetimes.

I used to play Monopoly with my grandmother. When she played she was a mix of Donald Trump and Martha Stewart and always won. Then I practised all summer and beat her. She smiled and said you can now play the game but it all goes back in a box. The message is that it all goes back into a box. He who dies with most toys dies.