Many believe that — when it comes to businesses started and operated by a family — the older the company, the more likely it is ...

Many believe that — when it comes to businesses started and operated by a family — the older the company, the more likely it is that company will go public or be taken over by another firm. 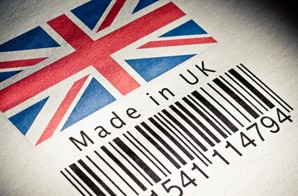 Anyone starting a family business has dreams of prosperity, success and a bountiful future. If a person’s business dreams involve generations of family members owning and running the company —all dedicated to preserving the legacy and controlling the business — France, Germany or Italy would be ideal starting grounds for such an endeavour. If the dreams involve building the company and then selling it off to the highest bidder so the family can retire in comfort, the United Kingdom would be the better place to set up shop.

A study by London Business School Professors Julian Franks and Paolo Volpin, along with two other professors, looked at the life cycle of family firms established in different nations and found that, in certain countries, the evolution from being a business solely owned by a family to one that is a widely held, public company under professional management is speedier than in countries with fewer protections and controls. The countries in which businesses transition from family-owned to otherwise-controlled are those with more market oversights, more market liquidity, more investor security and larger opportunity for corporate mergers and acquisitions.

Put more simply, family owned companies are more likely to be sold to larger ones (or go public) when the public has more assurance their money and investments will be safe.

All in the family?

Professor Franks and Volpin worked with Colin Mayer (University of Oxford) and Hannes Wagner (Bocconi University) to investigate the general perception that the older a family-founded company, the more likely it would be that that company would go public or be taken over by another. In this study, a family loses control when it falls below 25 per cent of the voting rights. The study, ‘The Life Cycle of Family Ownership: International Evidence’ was published online in The Review of Financial Studies (rfs.oxfordjournals.org/content/early/2011/12/23/rfs.hhr135.short?rss=1). The authors set out to test whether that perception was correct a number of ways.

First, they investigated more than 4,500 firms in Germany, France, Italy and the UK — choosing those countries as they represent the largest economies in Europe and offer significant differences in the levels of protection offered to investors and in the possibilities of financial development. The firms used in the study were drawn from both a list of the largest companies and a list of all family-controlled companies. In a second round of investigations, the professors used data on nearly 28,000 of the top companies from 27 European nations.

The study found a number of differences in how control over companies shifted, and why. One of the primary reasons families give up control over companies they built is to grow the company. When a company reaches a point that it requires a large infusion of investment capital to continue to grow, owners may face a difficult choice: to go into debt to fund the growth or to forgo control through sale of their equity stake.

When considering that choice, it becomes easier to see why, in countries with less regulation of markets, less in the way of investor security and a less-robust market in terms of corporate control opportunities, families tend to retain ownership of their firms. In countries with more opportunity for outside takeover and strong investor response, it’s ever more likely that a firm, as it matures, will fall into hands other than its founders.

Among the firms and countries examined in the primary portion of the study, the rate of family ownership of those firms was highest in Italy at 53 per cent and lowest in the UK at 21 per cent. Conversely, the percentage of widely held firms in Italy stands at just 5.6 per cent (the lowest among the top four nations looked at) and highest in the UK at 27.4 per cent. The age of the firms in question is a significant factor in determining whether a family will have retained ownership — in some places.

In the UK, the older a family company is, the more likely it has moved ownership to other hands. On the Continent, the age of a firm had no bearing on whether it was held by the original founding family or not. Many of the firms in the initial assessment were long-standing entities, some more than 100 or even 150 years old. In order to attempt to evaluate the rate of evolution of family controlled firms, the professors contracted the data to review the holdings of firms over a 10-year period, from 1996–2006.

They found that ownership of firms, whether by families, the public or other private entities, remained remarkably stable over that period in general. However, in concert with the data in the first part of the study, the UK showed the greatest shift in ownership when firms’ controlling interests did change. Only half of the firms that began the 10-year period as family-owned in the UK remained so by 2006. German firms held the steadiest, with 75 per cent of those that began the period controlled by the founding families residing in the same hands. Overall, family control over that period was about one-fifth more steady on the Continent than in the UK, due to the greater opportunities and enticements to sell or go public that exist in the UK’s more robust markets.

The study attempted to control for a number of possible other variables, looking at whether greater inheritance taxes in countries such as Greece (one of the 27 nations in the second round of data) served as factors in the decisions to relinquish control of family firms. Though taxation plans certainly differ, there was no significant correlation between firm age and inheritance tax and the holding of the firm.

Some factors, like identifiable waves of merger activity, were seen to enhance the likelihood of firms changing hands, especially across certain industries at certain times. When incorporated into the general picture, merger activity as a part of the strength of the market for merger and acquisition of firms was a factor, alongside available investor protections, and the health and development of the country’s financial markets.

The prevailing belief that the longer a firm remains in existence, the more likely it is to have evolved from family ownership to a more widely held concern simply doesn’t hold true for most countries in Europe. As the authors state toward the end of their study: “[W]hile the life cycle theory is one of the most widely cited ‘stylized facts’ about firms, it receives little empirical support from international evidence: it applies in some countries, but in most it does not hold.  Basically, family firms evolve into widely held companies as they age only in countries with strong investor protection, well-developed financial markets and active markets for corporate control.”

As the change in a company’s ownership and administration often results from the need to sustain strong growth, it may be that firms founded in those countries less suited to that evolution in ownership won’t be able to make the leaps that firms in the UK (and countries that match its profile) may. When markets and industries are set up in such a way that the general investor, including the public and companies that might be interested in takeovers, has better confidence in a market’s stability, it’s more likely that they’ll buy into companies that were family-run. Such shifts in ownership will most likely help those companies to thrive and allow the founding families to step down to allow others to grow their legacies.