Knowing who you are and showing aspects of your personality at the right time are key to effective leadership. Rob Goffee and Gareth ...

Knowing who you are and showing aspects of your personality at the right time are key to effective leadership. Rob Goffee and Gareth Jones know and show. 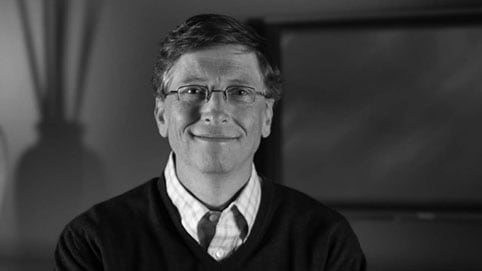 Leadership begins with you – and you will not succeed as a leader unless you have some sense of who you are. Your colleagues – potential followers – have a simple but basic need: they want to be led by a person not by a corporate apparatchik. It is unlikely that you will be able to inspire, arouse, excite or motivate people unless you can show them who you are, what you stand for, and what you can and cannot do.

Of course, knowing and expressing your real self is easier said than done. Workplaces often make it difficult for individuals to easily express themselves, without fear of ridicule or failure. The result? Individuals spend many of their waking hours in organisations which inhibit their authentic selves. They save their “real” selves – and much of the energy that goes with them – for their families, friends, private lives and local communities.

Although it is rarely discussed in these terms, this inability to be ourselves at work is an important element in the work/life balance debate. Our workplace cultures make it very difficult to reconcile our working selves with our private selves. Work/life balance means much more than spending time at home – it means transforming workplaces into arenas for the display of authenticity. And, even in organisations where self expression is encouraged, individuals may not be equipped to respond. Their experiences may have already damaged their capacity to both know and show themselves.

The fact is that to show people who you are requires a degree of self knowledge (or at least selfawareness) as well as self disclosure. One without the other is hopeless.

We have observed individuals who know themselves well but fail to communicate this to others. Since their colleagues are not mind readers these individuals often remain frustratingly enigmatic unless, through choice and skill, they can overcome their predilection to non-disclosure. Some introverted executives fall into this trap. The problem is made worse by the speed with which leaders are required to make an impact. Organisational time moves faster and faster. We observed a highly talented Silicon Valley executive who spoke to us of her compelling vision for the capacity of technology to transform human lives for the better. She seemed to burn with passion at the prospect. But when we asked her followers what they thought she stood for they just didn’t know. She had not found an appropriate vehicle for self-disclosure.

Equally, there are others whose efforts at selfdisclosure are fatally undermined by their lack of self-knowledge. They communicate – but the image of themselves they project appears false. Colleagues typically perceive them as phoney or inauthentic. You can’t fake sincerity. In one case, we advised a Bostonian venture capitalist to spend more time with his team, who saw him as distant and aloof. He decided to take them for drinks after work on Fridays where he exuded false bon homie. He thought it was working well but his followers saw him as a fake.

So to be yourself you must know yourself and show yourself – enough. (Put another way, you must be sufficiently self-aware and also prepared to self-declare.)

Just as self-knowledge is never complete, nor is self-disclosure. Effective leaders know enough and show enough to maximise their leadership impact.

What works for you?

Given this life-long journey of exploration, it is clearly unreasonable to expect that skilful selfdisclosure should rest upon complete selfknowledge. Effective leaders rarely have perfect self-insight. Some are too fixed on their overarching purpose to worry much about themselves; while others display narcissistic properties that badly distort their sense of self. They are only human.

What characterises effective leaders is a sense of what works for them with others. This does not necessarily require that they have a deep understanding of how and why it works. What we observe in effective leaders is primarily a matter of self-awareness. As they interact with others, leaders seem better able to learn how they are seen and how they can actively shape others’ perceptions in the formation of their identity.

Effective leaders develop a close understanding of their differences. In particular they become aware of what is different about them that makes them attractive to others. They learn to use these differences to their advantage in a leadership role.