Productivity measures across national economies have captivated the attention of policy makers and executives alike.

Costas Markides , Teresa Amabile and Steven Kramer
Business management and operation
Save to my profile

Pro: Bring on the Smiles, Count the Profits 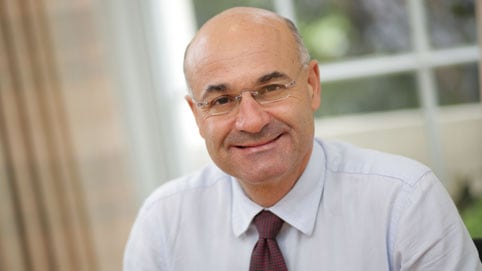 by Teresa Amabile and Steven Kramer, The Progress Principle


Productivity measures across national economies have captivated the attention of policy makers and executives alike. Ultimately, though, the source of productivity is the individual knowledge workers who get things done every day. And the evidence is clear: People perform better when they’re happier.

Our research over the past decade has focused on creativity, productivity, and the psychology of everyday work life. Whether we looked at entrepreneurial startups or large, established enterprises, the same holds true: People are more productive and creative when they have more positive emotions. In fact, we found that, if happier on a given day, people were not only more likely to come up with a new idea or solve a complex problem that same day but also to do so the next day.

Gallup quantified the link between employee feelings and corporate outcomes, reporting that lost productivity due to employee disengagement costs more than $300 billion in the U.S. annually. A separate Gallup study by researcher James Harter and his colleagues found that business unit sales and profits at one point in time are predicted by employees’ feelings about the organization at earlier points in time.

We can all think of creative geniuses tortured by depression (e.g., Vincent van Gogh, Virginia Woolf), and many managers still believe stress and fear are the best ways to keep workers cracking. But if you pay careful attention to the data, rather than anecdotes and intuition, you’ll find it’s clear that happiness boosts performance.

Sometimes it pays to question the things we take for granted in life. For example, for years we have been telling people to look at problems in a positive way and see the glass as half-full rather than half-empty. Yet research undertaken by Clark Gilbert for his doctoral thesis at Harvard has shown that those who view the glass as half-full do not do better than those who perceive it as half-empty. Instead, it is the people who see it as both half-full and half-empty who do the best. There are many reasons for this, but the point is that even seemingly incontrovertible statements such as “be positive” can be found wanting.

The same principle applies to our firmly entrenched belief that “happy employees are more productive.” Having happy employees has many benefits—but also costs that can sometimes outweigh the benefits.

For example, happy employees tend to enjoy the status quo so much that they might resist changes to it. This is hardly a recipe for success in today’s world, where agility and embracing change are essentials for success.

Another potential cost is that happy employees can feel so satisfied with their work that they refrain from taking on new challenges. As we all know, dissatisfaction with one’s current position leads one to search for alternatives and innovate. But the biggest cost to having happy employees becomes evident when we ask the question: “Why are our employees happy?” One possible reason: We have tried to keep them happy by never saying no to them—an attitude that any parent call tell you all about.

Unfortunately, to succeed in business, organizations need to make difficult choices all the time—what to do and, more important, what not to do. The truth of the matter is that whenever we make a difficult choice, some people will win and some will lose. The winners will be happy and the losers unhappy. It’s impossible to make everybody happy all the time. If everybody in your organization is happy, that may be because you’re failing to lead them.

This blog first appeared in Businessweek.com.