Succeeding in China’s unpredictable business environment requires partnerships. But, says Donald N Sull, the costs and benefits of partnerships shift constantly. Making them work demands that entrepreneurs and executives must actively manage their dynamics as the case of Guangdong Galanz illustrates. 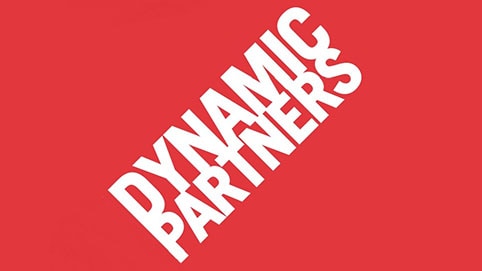 Doing business in China requires managers and entrepreneurs not only to select good partners and craft solid deals but also to manage these external relationships as they evolve. Working with partners rather than trying to do everything in-house confers several advantages in unpredictable markets: these relationships can minimise investment, parcel out risk, and allow a company to seize new opportunities and exit slowing businesses more quickly. They also have disadvantages, the most important being that dependence on these external parties can tie entrepreneurs’ and managers’ hands as they respond to changes in their competitive environment.

Consider the Chinese appliance maker Guangdong Galanz which has excelled at managing relationships dynamically. Although not as well known as Haier, Guangdong Galanz has carved out a commanding position in the microwave oven niche. Galanz has over 20,000 employees and is one of the largest home appliance manufacturers in China, with 2004 revenues exceeding $1 billion. Galanz is the global leader in microwave oven production, with annual output exceeding 18 million units in 2004. Galanz estimates that its share of global microwave production was over 40 per cent (and more than 70 per cent in certain emerging markets). The vast majority of these units are manufactured for sale under other companies’ brands. In 2001, the company diversified into air conditioner production, and within two years entered the ranks of China’s top four exporters of air conditioners. Galanz executives plan to increase annual air conditioner production to seven million units in 2005 and at least 12 million units by 2008 to become the world’s number one producer.

Guangdong Galanz today looks nothing like its original incarnation as the Guizhou Down Product Factory, a collective enterprise founded in 1978 to produce and supply goose down for branded clothing companies such as Yves St. Laurent. The collective enterprise was based in the Guizhou township of Shunde City in Guangdong province. In the mid-1970s, Guangdong was an industrial backwater, with most of the country’s heavy industry and technology concentrated farther north.

All this changed in 1978, when the Communist Party announced its intention to create Special Economic Zones (SEZs). Suddenly, Guangdong, with its three SEZs of Shenzhen, Zhuhai, and Shantou, was on the front line of China’s integration into the global economy. One of those anxious to seize the moment was Qingde Leung.

Leung – then a 42-year old administrator in Guizhou township’s industrial bureau – proposed that the town’s party council set up a collective enterprise to wash and process goose feathers. In late September 1978, Leung and ten co-workers broke ground for the new factory. Most groundbreakings are ceremonial affairs, where top executives dig the first shovelful of dirt and then go back to the office. Leung kept digging. The collective enterprise had only raised one-third of the approximately $400,000 required to build the plant, and managers were forced to do the basic construction work themselves to conserve funds. With additional government bureaucrats dispatched to help, Leung completed the plant in seven months. By the summer of 1979, the facility employed around 100 workers, who washed and processed feathers by hand for sale abroad.

Under Leung’s leadership, the collective enterprise prospered. It backward integrated into poultry trading and expanded into related products, including woolen cloth. In 1985 it changed its name to the Guizhou Livestock Products Industrial Company to reflect its expanded business model. By 1992, it had revenues of approximately $19 million and was ranked among the 100 most successful township and village enterprises in China.

In the early 1990s, Leung anticipated that intense competition would depress profits in the textiles business. He also sensed that domestic demand for microwaves was poised to take off. Although microwaves had been produced in China for more than a decade, most were exported. Leung’s team learned that microwaves were considered a luxury good in China, sold for $500 to $700 per unit, and that the household penetration rate was much lower than the 40 to 80 per cent typical in Japan, Europe, and the United States. Moreover, no established competitor dominated the fledgling Chinese market.

Leung was not, of course, the only entrepreneur to notice the opportunity. Between 1990 and 1998, over 100 domestic firms began producing microwave ovens.