When the design firm, IDEO, opened for business, its three founders designed an organisation low on hierarchy, big on communication ...

Julian Birkinshaw , Stuart Crainer and Michael Mol
Organisational behaviour
Save to my profile

When the design firm, IDEO, opened for business, its three founders designed an organisation low on hierarchy, big on communication, with a minimal amount of ego. Over forty years on it is still working. 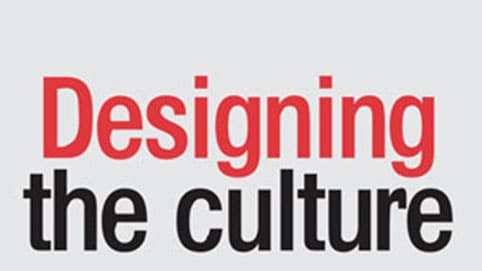 Design is the height of corporate chic. It is endorsed by management gurus as the new thing. Car advertisements feature designers rather than glamorous men and women. People know who Tom Ford is. Design superheroes, such as Alberto Alessi and Philippe Starck, glitter on the pages of magazines. Their Midas touch is applied to everything from kettles to hotels.

But, in the business world at least, the suspicion is that the current gushing enthusiasm for design is as superficial as was the managerial enthusiasm for reengineering or any other fad. As a result, the embrace of innovatively designed Parmesan graters and hotels with no nameplates and exquisite atriums is likely to be short-lived.

Unquestionably, design is important; but companies that really understand the power of design recognize that it is more than an aesthetically pleasing get-rich-quick scheme. There is more to design than placing a funky computer in the office and declaring yourself well and truly plugged into the zeitgeist.

There is another way. Take the approach of the design company IDEO. The company emerged from a business begun by Bill Moggridge in London in the 1960s. As British industry hit the rocks in the late 1970s, Moggridge looked elsewhere for work. He found himself in Silicon Valley where things were just beginning to get interesting.

Moggridge hooked up with another designer, the American David Kelley. Before long Moggridge and Kelley’s companies were supplemented by a spin-off company run by another British designer, Mike Nuttall. The companies then combined as IDEO.

IDEO has quietly thrived. Along the way, it has survived being labelled as one of the world’s coolest companies to work for and has survived eulogies from the American guru Tom Peters. “It’s finally happened. I’ve seen a company where I can imagine working,” pronounced Peters on visiting IDEO’s Palo Alto office for the first time. The Clerkenwell, London-based company is different not because of its designs – innovative though they are – but because of its culture. While it is largely pointless and potentially illegal to copy IDEO’s designs, seeking to emulate its culture may make a great deal of sense – while being, of course, the most demanding thing to copy.