In Confidence Rosabeth Moss Kanter makes the leap from the business shelves to those labelled self-improvement. As Stuart Crainer ...

Stuart Crainer
Organisational behaviour
Save to my profile

In Confidence Rosabeth Moss Kanter makes the leap from the business shelves to those labelled self-improvement. As Stuart Crainer discovers, for Kanter the leap is more of a logical stepping stone across familiar waters than a leap into the unknown. 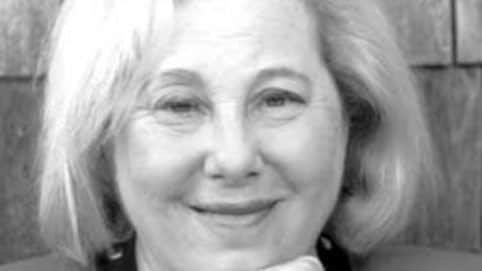 There is an intellectual neatness – not to mention rigour – to Rosabeth Moss Kanter’s work. The Harvard Business School professor’s roots lie in sociology. In her quest to get close to the corporate action, Kanter first tackled the narrow-minded, hierarchy-heavy, corporation of the 1970s. In her classic 1977 book, Men and Women of the Corporation, she effectively sounded the death knell for the traditional corporation. Unfortunately, as the bell tolled, the men and women of the corporation were too busy signing forms in triplicate, sending meaningless memos to each other and jockeying for position in the ornate hierarchy to actually hear anything. The book was a powerful obituary though the victim kept on breathing for a while longer (and can still be viewed gasping for breath in many places).

Then Professor Kanter moved on to look at the perennially thorny issue of change in The Change Masters; innovational culture in When Giants Learn to Dance; globalisation in World Class and the new economy in Evolve. She is not one to duck an issue; an idealist in a world of harsh realists and pragmatists willing to ditch their ideals in a moment.

World Class outlined many of the issues later violently aired by anticapitalist protestors. She describes it as “an activist’s book”. It looked at the need among companies, communities and regions to create an infrastructure for collaboration. It suggests that globalisation can only be a force for good if it delivered at a local and regional level. “I am in many ways sympathetic to the human needs of the anti-capitalist protestors. But global capitalism is in some cases a force for good. It just needs a framework to make that possible,” she reflects, before adding a simple warning, “Business won’t exist if the backlash continues.”

To charges of idealism, Kanter pleads guilty with a caveat. “I am a very realistic idealist. The ideas I have put forward work. The ideas are useful and effective. We sometimes think of idealists as setting out a utopian vision, but my work is very empirically grounded. It is based on research not on an artificial model.”

Professor Kanter’s new book, Confidence, is built on 300 interviews with an array of sports and business people, as well as politicians. It marks a significant development in Kanter’s work in that it is clearly targeted at the mainstream audience.