Michael Blowfield
Business management and operation
Save to my profile 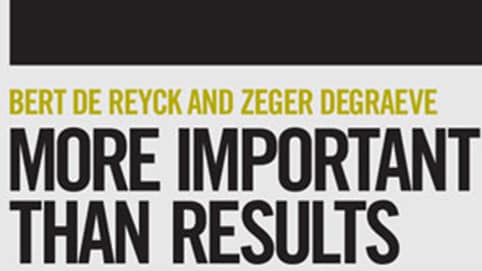 How can we make sense of the new brouhaha (people call it “Climategate”) over climate change? For the past few years, there was a growing consensus in business and government that climate change was a tough (but real) problem that needed to be tackled. Companies from BP to Wal-Mart to Tata ranked it a high priority. Is everything most of us in business have come to believe about global warming unfounded? What are the different voices saying today and whose should we believe?

A Shoeless Joe moment In early 20th century US, baseball symbolised what was great about the American Dream. So, when one of its heroes, Shoeless Joe Jackson, took a bribe to throw the 1919 World Series, not only did his reputation die, the dream itself was forever tarnished.

There are many who believe Climategate is a Shoeless Joe moment in which a widely held scientific belief is discredited and, thus, trust in science is unwarranted. Most, though, believe that refuted data about one Himalayan glacier or disputes about the significance of the medieval “warm period” are not a body blow to the scientific consensus on climate change. However, if the consensus were ever shattered, a Shoeless Joe moment would become widely accepted and have profound consequences for the credibility of normative science as a whole, making recent battles over stem-cell research and vaccines seem like playground scuffles. Any firm whose credibility hinges on normative science (from health care to healthful foods to health insurance) would feel the repercussions.

An MMR moment The mumps, measles, rubella (MMR) vaccine scandal of the mid-1990s — the belief that the vaccine causes a host of serious maladies, such as autism — is still fresh in our minds. The ongoing, though much more subdued, panic demonstrates how a small group of scientists can use bad research on an emotive topic to cripple the scientific status quo and significantly influence public opinion over a long period of time. The disproven scientists are still portrayed by some as “heroes”, and their professional struggle plays on laypeople’s concerns that there is a conniving scientific elite willing to hide the truth from the public to serve its own interests.

Climategate feels a lot like another MMR moment: a struggle between a complacent scientific establishment and heroic outsiders battling to expose the fallacy of global warming. However, many in that establishment were outsiders until fairly recently, struggling for years to build what eventually became the International Panel on Climate Change’s scientific consensus on global warming. The fact that the scientific consensus ultimately may be proved correct is little comfort if a decade or more of opportunity to tackle climate change is lost because more believe in Climategate than do not. Investment in the innovation and financial mechanisms of a “green revolution” would stutter; the intellectual capital required to take on the enormous challenges and consequences of climate change would be diverted elsewhere. Perhaps most damagingly, the incentivising of high-carbon economies would continue, with industries from cement to airlines paying none of their environmental costs.

A Monsanto moment Google your company’s name and, if the first links that appear call your employer “the most evil company on the planet”, you know you have a problem. This is the world of agrochemical company Monsanto — rich and innovative, yet, in the eyes of many, a company to be despised and distrusted. Monsanto has been at the forefront of important scientific innovation, housed a Nobel prize-winning chemist and is a leader in genetically modified seeds. Its involvement and behaviour in genetic modification is what has made it the whipping boy of a very effective, prolonged campaign that has generated doubt about the efficacy of genetically modified organisms and significantly influenced government policy and consumer behaviour.

Unlike a Shoeless Joe moment in which a whole body of science is proved wrong, or an MMR moment when an alternative (albeit bogus) theory gains acceptance, a Monsanto moment is only partly about scientific truth. In fact, scientific research may only seem a sub-plot in a much grander story about the influence of corporations, the relationship between business and government, the purpose of scientific discovery, the ownership of ideas, the public’s right to reject innovation and mankind’s relationship to the environment.

A Tiger Woods moment Shoeless Joe, MMR and Monsanto all offer important insights about what is happening in the current climate debate. However, there is a fourth interpretation. Tiger Woods is a great golfer, the best of his generation. But Tiger Woods became much more than a golfer: he became a brand, one of the biggest brands in world sport. Woods came to define the intrepid quest of the senior manager (Accenture), character (TAGHeuer), performance (Gatorade) and victory (Nike). I doubt if Woods had much involvement in building that brand other than cashing the cheques; but when his personal life hit the headlines in 2009, he was judged by the values in the brand that had been constructed around him — a brand that came crashing down, taking him with it.

Since 2000, climate change also became a brand, one that was built around strong scientific consensus. Emboldened (as only outsiders can be) by their new-found status as visionaries, climate-change scientists plunged into public policy, ethics, culture and economics. Many politicians, journalists, civil society groups and business leaders listened; and, in their own ways, created the brand. Brand Climate Change grew and became as values-driven as it was evidence-based.

Scientists did not build this brand, although some were happy to contribute, often by talking on issues about which they were as naïve as they were assertive. But the brand was irrevocably connected to science just as “Brand Tiger” was welded to golf. In a Tiger moment, it is not Climategate’s assault on science that matters as much as the accompanying serious blows delivered to policy, public opinion and private sector attitudes — and all the other elements of non-science that ultimately combine to legitimise any scientific belief and without which scientific beliefs cannot be harnessed to influence human behaviour.

Like any analogy, each of the four “moments” is a caricature, not a photographic representation of what is actually happening. But they show the dangers of misinterpreting the debate on climate change. There is danger for science, politicians and society in reaching the wrong conclusions about climate; but the danger for managers should not be underestimated.

This is an extract from Mick Blowfield’s latest article in the Summer 2010 issue of Business Strategy Review.