The model global CEO has experience in a number of global markets; has worked in marketing, operations and finance; and is able to lead ...

The model global CEO has experience in a number of global markets; has worked in marketing, operations and finance; and is able to lead and motivate. He is likely to be adept at applying his analytical skills and his emotional skills at the right times. 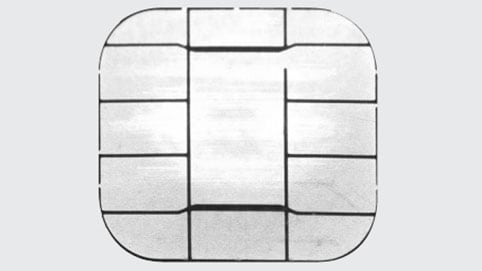 CEOs aren’t purely people people; they can also make sense of complex market data and strategic plans. These characteristics accurately describe Christopher Rodrigues, president and CEO of Visa International. He talks to Stuart Crainer about his career, as well as how he is currently leading one of the world’s best known brands.

Christopher Rodrigues’ resumé lists some of the world’s biggest names. A Cambridge Blue and Harvard Business School MBA graduate, he first worked with McKinsey & Company as a management consultant. From this launch pad Rodrigues took senior positions with American Express, Thomas Cook, and Bradford & Bingley, where he led the latter through its demutualisation. In June 2004, Rodrigues took over the top job at Visa.

There is, however, one job that Rodrigues is quick to point out he has omitted: his first job was selling dog food from the back of a car in some of London’s less salubrious suburbs. “I asked the shop owners what they wanted from the cash and carry warehouse. Then I’d go and buy it for them and deliver it. Part of the deal was that they’d buy a couple of cases of the dog food that I was selling.”

Times change and Rodrigues is now head of a business which racked up transactions of $4 trillion last year. Recently, Rodrigues met up with Eric Schmidt, CEO of Google, and contemplated the fact that both had more customers than the population of China.

Visa is big business. There are 1.2 billion cardholders in the world and, with 57 per cent market share, Visa’s traditional competition is a distant spectre. In fact Rodrigues talks of the competition mainly in terms of cheques and cash. In the same way that Coca-Cola reinvented its market as refreshing people rather than selling cola, Rodrigues is constantly eying an even bigger prize: the $24 trillion worth of global personal consumption expenditure; everything the world buys.

The stakes are impressively high – perhaps dauntingly so. But Rodrigues appears unfazed; not surprised that he reached the corporate heights, but delighted and entranced by the possibilities it provides. He sounds like a child let loose in a sweet shop as he tells me, “The CEO job at Visa is a bit like the scene in Disney’s Fantasia where Mickey Mouse puts on a cloak and becomes a magician. You can engage with who you want.”

Engagement is a Rodrigues mantra. He traces this back thirty years ago to his MBA at Harvard. “An MBA helps you make friends for life. After all you’ve been through boot camp together,” he says. “At the time I went to Harvard, I’d done my first three years of work in advertising and marketing so I thought I knew about marketing but I was behind when confronted by accounting. My MBA provided me with the intellectual rigour and basic training that has stayed with me. It gave me a broad range of basic skills and some sense of their interaction. It wasn’t a silo approach. Our human resources professor warned us not to think that all human behaviour was theoretical. We were excited by marketing and investment banking at the time, but if you don’t master people skills you are sunk. If you can’t get people to buy into something then forget it.”

His next crucial lesson came from McKinsey. “It was fantastic training,” he says. “It taught me how to think and it gave me exposure to what CEOs think.” He recalls an early assignment when, after six weeks analysing the Scandinavian coffee market, he made his presentation and the client responded: “So what?” It was, he concedes, a fair question and one he now asks often.