Broad-brush descriptions such as ‘developing countries’ are antiquated and reductionist.

Lynda Gratton
Organisational behaviour Government and Society
Save to my profile

I’ve just spent the week in Shanghai and Hong Kong with a team from London Business School, meeting alumni, talking to business people and generally understanding the scene. 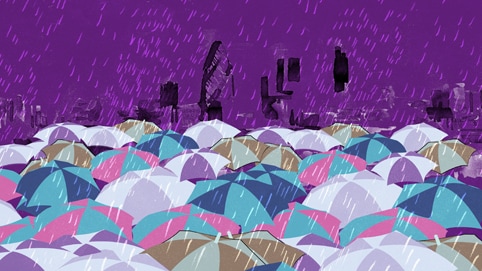 What is clear is that there is no such thing as ‘Asia’, and that broad-brush descriptions such as ‘developing countries’ are antiquated and reductionist.

Differences between regions across Asia are becoming ever greater as regions write their own signature. So here are five aspects of the signature that I see shaping China’s human capital future:

The One Child Family

Imagine almost a billion people with one social element in common – they are all either the parents of a single child, or they are single children themselves. As a psychologist, I see this as a social experiment on a gigantic scale. China’s one child policy has implications on the social development of the nation, and on the rapid ageing of the population over the next 30 years. In contrast, Asia’s other billion-citizen country, India, is reproducing at a rate of 2.7 children per family, and prides this boom as a ‘demographic dividend’. Time will show the extent to which these differences in demography create challenges and opportunities for Asia’s tiger and dragon.

Young educated Chinese are not able to become the classic ‘Facebook’ generation, as they cannot access the site. But that does not stop them from becoming part of the global conversation that marks out Gen Y. Their Baby Boomer parents may have been isolated from the world, in part because they did not learn to speak English, but many millions of their children are. These young, educated people are excited about the future, know they are in the right place at the right time, and will do what it takes to make sure their lives are more comfortable and wealthier than their parents. They are increasingly joining the global Gen Y conversation on topics such as global warming and work-life balance.

The rapid rise of the micro-entrepreneur

In every meeting, we asked the audience two questions: “how many of you are entrepreneurs”, and “how many are planning to start your own business?” With the second question, almost everyone put his or her hand up. It’s exciting to be a well-connected, educated Chinese youth right now. There are countless opportunities to arbitrate between European luxury houses and the status desires of China’s big-city citizens. But it’s not just about luxury. We heard that, across the hundreds of thousands of rapidly growing Chinese cities, there are opportunities to bring to market basic products and services that we take for granted in the West. These various opportunities are exciting young educated Chinese as well as acting as a magnet for mobile Westerners – some of whom are London Business School alumni.


The dominance of State Regulated Industries

While the entrepreneurial sector is buzzing with ideas and energy – it’s important to remember that the majority of larger Chinese companies are state regulated. Moreover, outside of the entrepreneurial sector, we heard that the most desirable careers for talented young Chinese are in the civil service. China’s companies are primarily there to serve the needs of the state, rather than the needs of shareholders. This translates to ‘building China’ as a key business objective, be that bringing millions of rural people out of poverty, encouraging Chinese workers to consume rather than to save, or focusing on the production of higher value goods.


The discussion of governance

There was a great deal of conversation over our week in China about the demise of the Euro and the economic woes that currently confront Europe. It is clear that the inability of European and American leadership to confront rising debt is being seen in China as a poor reflection of Western style democracy. We heard open questioning of the speed of democratic capacity to deal with crisis, and its need to ‘pander’ to the requirements of its citizens. In China, it is clear that the Western notion of democracy is simply held as one form of governance, and by no means the most successful one.