It’s hard to find any company that isn’t concerned with change. But are the company and its leaders capable of changing?

Tom Brown
Leadership
Save to my profile

It’s hard to find any company that isn’t concerned with change. But are the company and its leaders capable of changing? Michael Jarrett has pinpointed the five factors that separate the change masters from the change challenged. 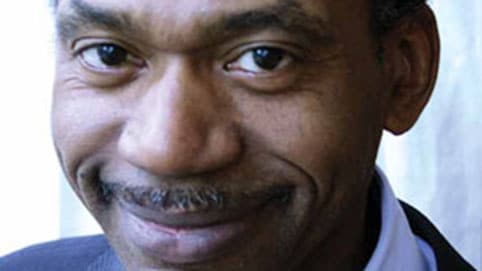 Michael Jarrett is an Adjunct Professor of Organizational Behaviour at London Business School. In addition to his academic credentials, he has actually managed in the corporate world. He has also published numerous articles on the subject of corporate change and recently led a study of hundreds of organizations to find the factors that most affect the outcome of a corporate change strategy. As he says in this interview with Tom Brown, he has set for himself the goal of unlocking the DNA of successful organizational change.

You have been studying change for two decades. Why such an extended interest in this subject?

Over the last two decades, I have grown more and more fascinated by the fact that, although so many organizations claim both to need and desire major change, so few companies achieve the level of change they require to sail into the future. I often quote Charles Darwin to groups I address. He once noted, “It’s not the strongest of species that survive, nor the most intelligent, but the one most responsive to change.” That’s the question that has kept my interest alive and growing: what makes an organization responsive to change?

Do you have a sense of the major obstacles that block organizational change?

Yes. It’s important to note that every company changes to some degree. The important point to measure is whether a company has both positive and sufficient change for the market conditions in which it operates. More often that not, companies stumble. Sometimes very badly. Whenever I hear of this happening, three obstacles come immediately to mind as probable reasons for a corporate fall. A change initiative can trip over managerial factors, environmental conditions, or organizational issues. Naturally, many people first think of environmental conditions. This occurs when there are ecological and industry dynamics at play – as when IBM was stuck on selling mainframes to a world moving toward PCs. Anytime there’s disruptive technology, or legislative changes, or new competitors (among other sweeping changes in one’s business environment), such changes can catch a company unaware and impede even the very successful enterprise.

Which is why the management and the organization must be factors as well?

Every leadership team faces the prospect of having its own mental models, biases (making only products they like to make) or blind spots (not keeping up with trends). Polariod’s painfully slow move, that took nearly two decades, from thin film to digital is an excellent example. In other instances there could be damaging unresolved conflicts among the top team. These kinds of things affect the organization’s change responsiveness.