The ability to persevere in the face of what may seem impossible odds is the story of Ursula Burns, who began her career as an ...

The ability to persevere in the face of what may seem impossible odds is the story of Ursula Burns, who began her career as an engineering intern at Xerox and rose to become CEO of the company in 2009. 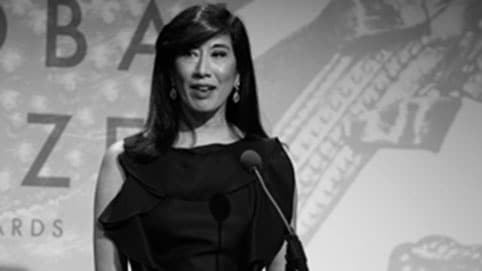 One of the most frequent observations about Ursula Burns’ success is the fact that she is the first African-American woman to lead a major US corporation and the first female CEO to take the reins from another woman. Given the rise in women graduating from college (in 2010, 55 per cent of American women but only 45 per cent of American men between 25 and 29 graduated) and the percentage of women now in the workforce, this represents a failure on the part of business to utilise a key resource.

The discrepancy between women and men in earnings and promotions grows greater the higher you look up the corporate ladder. A 2011 report by Catalyst Research found that women made up 46.3 per cent of the US labour force and that 50.6 per cent of women were in management, professional and related occupations. However, only 15.4 per cent of female Fortune 500 corporate officers were women and only 14.8 per cent of Fortune 500 board seats were held by women. Catalyst also found that there were only 12 female CEOs of Fortune 500 companies and only 22 female CEOS in Fortune 1000 companies.

In 2010, BusinessWeek reported on a Catalyst survey that found that “even after correcting for years of experience, industry and global region... women were more likely than men to start their first post-MBA job at a lower level. That basic finding held even when considering only men and women who aspired to senior executive level positions and even among survey respondents who did not have children. Overall, 60 per cent of women started on the post-MBA career ladder at the lowest of rungs, entry-level positions. For men, that number was 46 per cent.” The survey also noted that men “had higher starting salaries than women — even after taking all the same factors into account. Overall, men had a pay premium in their first post- MBA jobs of $4,600.”

When the issue of race is added to the equation, a study by the Alliance for Board Diversity has found that not much has changed over the last 100 years when it comes to the number of women and minorities on corporate boards. The study noted that “white males hold 72.9 per cent of the total number of seats on Fortune 100 corporate boards and white women hold another 14.5 per cent. Therefore, only 12.6 per cent of the seats are held by members of under-represented minority groups. African-Americans hold a total of 6.3 per cent of the seats, although they represent 13 per cent of the population. Hispanics and Native American citizens are also shut out almost completely.”

Catalyst pointed out that “Avon CEO Andrea Jung became the first non-white woman to lead a major US company in 1999. Frank D. Raines, former chief of Fannie Mae, became the first African-American CEO of a top company the same year.... By 2007, there were seven black men running major corporations. Since then, three have left. While other black women have run major divisions, Burns is the first to lead a large public company.”