With her theatrical background, Dawn Austwick might seem like a curious leadership model for the real world of business.

With her theatrical background, Dawn Austwick might seem like a curious leadership model for the real world of business. But, Stuart Crainer shows how the driving force behind the Tate Modern art gallery and now director of one of the UK’s leading charitable foundations is completely rewriting the script. 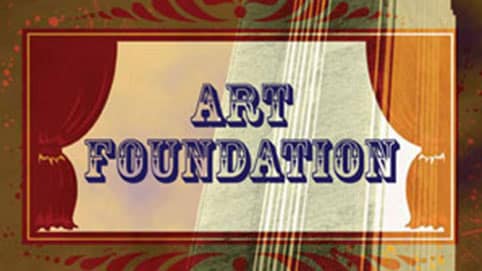 According to a popular party game, well- known actors are usually only six steps removed from Kevin Bacon, but the links between the following appear elusive: The British town of Wantage has a poetry trail of hand-carved stonework, which commemorates the life and work of the poet John Betjeman. A report looks at the best way to recover fish stocks in the seas off southwestern UK. There is a Polish Arts Group in the Scottish region of Fife. Blaenllechau Community Regeneration organizes courses for 200 over-fifties in remote rural Wales.

The link? The Esmée Fairbairn Foundation, a charitable foundation set up in 1961 from wealth acquired by Ian Fairbairn during his career in the unit trust industry. He named the foundation after his wife, who was killed in an air raid during World War II. Today, the foundation is one of the largest organizations of its type in the UK, supporting programmes in the arts and heritage, education, the environment and social change.

Every year, the foundation distributes in the region of £29 million. The projects it supports are intriguingly diverse – from stonework remembering poets to weighty reports, from émigré Polish artists to training for Welsh hill farmers. Often the grants are small – including £750 to the Mid-Norfolk Railway Preservation Trust and £2,750 to St Ebbe’s Primary School. Sometimes the amounts are much more substantial – £440,000 to Forward Thinking to help improve understanding between British Muslims and the establishment and £186,000 towards a programme encouraging graduates to pursue a teaching career.

Dawn Austwick is director of the foundation, charged with charting the future for an endowment of more than £900 million. Over two years into the role, she retains the enthusiasm of a convert, referring to the organization by its first name, so that instead of a multimillion-pound venture it sounds like a benevolent but shrewd aging relative with a mind of her own. “I love Esmée’s portfolio, the nature of the work, that it is eclectic, that it will take counter-intuitive decisions, that it will back things that are unpopular or difficult which people don’t want to talk about,” she says with relish. “In the 1990s we funded some work with the Mental Health Foundation in which they were looking at child and teenage mental health issues – it sounds extraordinary, but at the time people didn’t talk about those things. I’ve worked in the private sector, in the public sector and the voluntary sector. Foundations were a new world, and I like the fact that foundations have enormous flexibility and freedom that a lot of other funders don’t have.”

Esmée Fairbairn’s mission statement is attractively brief and broad: to improve the lives of people throughout the UK.