And the next India is...

Everyone is aware of the stature that India has achieved when it comes to providing outsourcing in the service sector. Matt Jeffers ...

Matt Jeffers
Strategy and entrepreneurship
Save to my profile

Everyone is aware of the stature that India has achieved when it comes to providing outsourcing in the service sector. Matt Jeffers wondered: Where next? 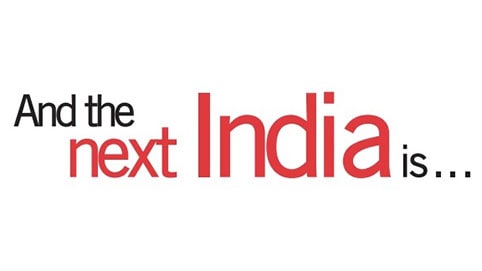 Although India is now regarded as the dominant power when it comes to outsourcing in the service sector, it is not alone in the marketplace. A staggering 10,000 offshore outsourcing providers exist in 175 countries. While India continues to dominate the headlines, it faces increasing competition from a number of surprising sources – the Philippines, Eastern Europe, Russia, China, Africa, Latin America and even the Caribbean.

So why, despite India’s cheap and highly talented workforce, is it beginning to be pegged back? The answer is simply that firms are realising that cost should not be the only criterion when evaluating an outsourcing partner or location. Emphasis is increasingly placed on cultural fit, talent and geography (time zones and travel distances), rather than low wages and plentiful labour.

This adds to the attractiveness of nearshoring, the offshoring of jobs from a host country to a country that is close in both geographical and cultural terms. Canada, for example, has performed nearshoring services for the US for many years. Datamonitor predicts a 7 per cent per annum drop in outsourcing to Asia and India, in particular, from US companies – mainly due to the increase in more suitable nearshore locations. Given that the US and Western Europe are the leading purchasers of outsourced services, the nearshoring contenders will obviously be scattered around the same general proximity.

And the contenders are…

Notably, as eastern European economies become accustomed to being part of a larger trading bloc (the EU), there has been a flood of investment money coming in from larger, more prosperous neighbours. The three main countries – the Czech Republic, Hungary and Poland – all benefit from possessing infrastructure which may not be fully up to Western standards but is far more reliable (in terms of power supply, travel systems etc.) than in India. Culturally, a lot of their products, pastimes and media types are similar to those of neighbouring more prosperous economies. Their workforce has an affinity for European languages and high levels of tertiary education. They are also geographically closer, and have cheap real estate, low telecommunications costs and wage levels estimated to be between 50- 60 per cent cheaper than Western European levels.

Although the influx of foreign capital will undoubtedly lead to wage inflation, this can be cushioned by productivity increases, as more modern infrastructure and management techniques are put to use. Competitive pressure is already forcing governments to encourage investment, reduce bureaucracy and attempt to change peoples’ mindsets. The Czech government has heavily promoted the standard of living available when encouraging Western companies to invest – DHL, Siemens, and Lufthansa are among the many major companies that have recently invested in the Czech Republic.