And the decision is...

Dazed and confused by choice: How the temporal costs of choice freedom lead to undesirable outcomes

Simona Botti
Organisational behaviour Psychology Research
Save to my profile

Simona Botti and Christopher K. Hsee, ‘Dazed and confused by choice: How the temporal costs of choice freedom lead to undesirable outcomes’, Organizational Behaviour and Human Decision Processes 112, no. 2, 2010. 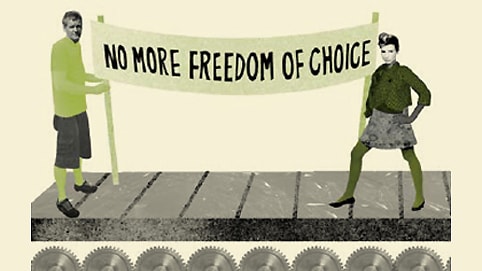 The problem, as Botti and Hsee discovered, is that most people don’t believe that having less freedom of  choice can lead to the best outcome. The authors conducted four studies, testing the true value of considering many options when making a decision, to see if such a luxury was worth the emotional and cognitive price. To give you a flavour, consider how the first study fared:


In the US, 136 university students were offered class credits and cash incentives for choosing the highest yielding one-year certificate of deposit (CD). No matter the bank chosen, the yield would be between 3.01 and 4.00 per cent. Two online services were available to assist: (1) the first service charged $7 to put forth three randomly selected banks and their CD rates — the students could pick one of those banks or pay $7 for another three choices, (2) the second service provided only one set of three choices, one time only, for $7.


When the predictor group was asked which of the two online services would most likely provide a higher net return (including the cost to access the service), they indicated the first one: more freedom to choose was predicted to yield better results. They were wrong. The more-freedom group over-searched and underestimated the cost of their research, thereby ending up with a lower net return.


Participants were asked why they liked or disliked the choice process. Typical answers were: “I liked being in control” and “I feel I have a better chance at selecting the right one.” Negative answers such as, “Too many options are too stressful,” were also collected, but only from a minority of participants.


The other studies replicated the results of the first one in different domains, such as memorising telephone numbers within a specified time limit and answering multiple answer math questions.


In the latter study, familiarity was an added option. Some students were first allowed to review questions and then asked to pick ten questions from a possible 50. Others had to answer ten questions without any choice or familiarity. Participants allowed to choose questions performed only slightly better than the no-freedom groups because the ‘familiarity’ group realised looking for easier questions was a waste of time.


If you have ever grown weary after weighing the benefits of one wireless service over another (and wonder whether you indeed made the best choice), you probably already know the outcome of the study. The authors note that most people prefer the freedom of choice associated with having lots of options. But they conclude, “Study participants who had more freedom performed worse and experienced lower positive affect than participants who had less freedom… Although choice is often associated with beneficial outcomes, in some circumstances this association fails.” Decision makers may feel compelled to explore and weigh every possible option, but there is a point after which the costs of searching for the best choice overweigh the benefits provided by that choice; often, it is better to just make a choice.